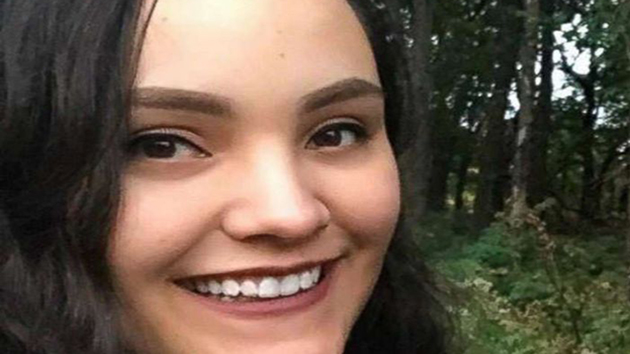 (Courtesy: Ariel Mendoza) Ariel Mendoza, 24, of St. Paul, Minnesota, shared a photo project revealing the most upsetting comments people made to her since she lost her son.
Posted on October 19, 2018 by ABC News

(Courtesy: Ariel Mendoza) Ariel Mendoza, 24, of St. Paul, Minnesota, shared a photo project revealing the most upsetting comments people made to her since she lost her son.(ST. PAUL, Minn.) — A woman who lost her newborn son is spotlighting what she feels are the most unintentionally upsetting comments that people have made to her.
Ariel Mendoza of St. Paul, Minnesota, shared the photo series onto her blog and Facebook page, A Rainbow From Onyx, where it received over 4,000 shares. Mendoza told ABC's Good Morning America that she wants to create a platform so those who experienced the loss of a child won't feel so alone.
"A lot of people seem to really resonate with the comments — it's bittersweet," Mendoza said. "You won't often read an entire article but you will look at a picture. That's why I decided to make it visual rather than just words."
Mendoza, 24, told GMA that earlier this year, she and her boyfriend Will were surprised to learn that they were expecting a child, considering that Mendoza had been diagnosed with secondary infertility.
Before becoming pregnant with her son, Onyx, Mendoza had experienced two miscarriages, she said.
"I didn't want to get attached, but I didn't want to not enjoy him or the pregnancy because of that fear," Mendoza told GMA.
Mendoza gave birth to Onyx after 20 weeks and 3 days pregnant. His lungs were not fully developed at birth and doctors were unable to save him, she said.
"I never really grieved my first two miscarriages," Mendoza said. "I kind of just bottled up my feelings and moved on with my life, but I wanted him [Onyx] to be remembered."
Following her son's passing, Mendoza launched A Rainbow From Onyx — where she educates people on what not to say to parents who are in mourning.
Using a letter board, Mendoza featured the comments and photographed them for her website.
"Death in general is considered really taboo especially when people typically don't know what to say," Mendoza said. "The other part is making themselves feel comfortable when they feel uncomfortable, and that how the comments come out."
Mendoza said she hopes her blog and Facebook pages become an online community for grieving parents.
Copyright © 2018, ABC Radio. All rights reserved.