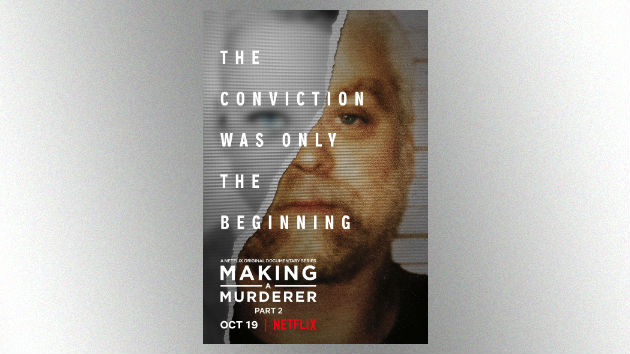 Netflix(NEW YORK) — If you thought the story of Steven Avery and Brendan Dassey ended with their verdict, think again. The hit Netflix docu-series Making a Murderer is back for even more revelations in Part 2.

The new episodes, which debut on Netflix today, follow the post-conviction process as Avery and Dassey’s lawyers — including Avery's new powerhouse attorney Kathleen Zellner — try to get their cases overturned.

As seen in Part 1, Avery and his then-teenage nephew were found guilty in the death of photographer Teresa Halbach.

Filmmakers Laura Ricciardi and Moira Demos say the passionate response to Part 1 and the unanswered questions it left behind inspired them to continue telling the story.

"We thought if we go on this journey with them and their lawyers at this stage of the process we'll actually be bringing viewers into a lesser known phase of the process," Ricciardi tells ABC Radio. "That was really exciting to us."

If you’ve read recent headlines, you know Avery and Dassey have been unsuccessful in their appeals so far, but Ricciardi and Demos say Part 2 goes deeper than anything you'd be able to Google.

Demos compares the series to a cross-country train ride, rather than a flight. “If you took a train, you would learn a whole lot more," she explains. "You’d learn what that journey was like, what it meant to land on the West Coast and it would have a totally different meaning to you.”

She adds, “The headlines are the most surface level of the plot, and the plot is not the story."