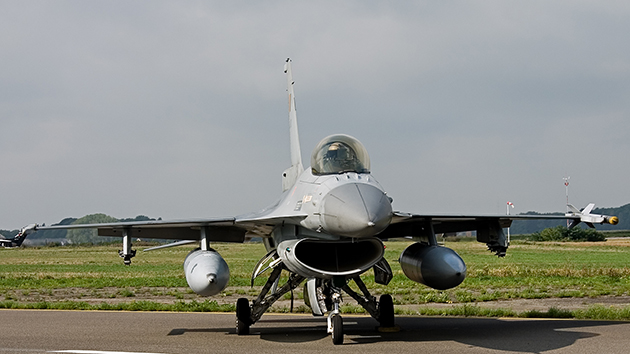 swind/iStock/Thinkstock(FLORENNE, Belgium) — When it was over, an F-16 lay burnt to a crisp on a tarmac in Belgium.
The pictures tell the story: Mechanics at an Air Force base in Florenne were working on a nearby F-16 last Thursday and accidentally triggered that jet's cannon, which fired at the other plane.
Those rounds struck the recently fueled F-16, which exploded into a fireball. A source told the Belgian broadcaster VRT that one of the mechanics had accidentally fired rounds from the jet's 20-milimeter multi-barrel cannon.
The Belgian Air Force said another F-16 also suffered collateral damage from the rounds.
The two mechanics involved in the incident were treated at the scene for potential hearing loss.
"You can't help thinking of what a disaster this could have been," Col. Didier Polome told Belgian broadcaster RTBF.
The Belgian Air Force said the bizarre incident is being investigated by Belgium's Air Safety Directorate.
Copyright © 2018, ABC Radio. All rights reserved.