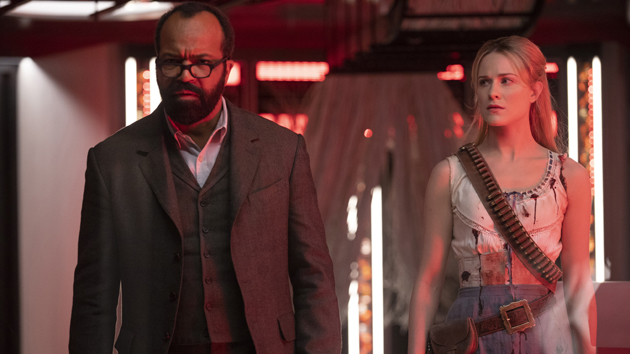 Jeffrey Wright and Evan Rachel Wood; John P. Johnson/HBO(LOS ANGELES) — The lead actors of HBO's existential sci-fi drama Westworld will all be getting raises in advance of the Emmy-winning series' third season.

James Marsden and Tessa Thompson, who have prime roles in the drama, weren't included in the salary negotiations, suggesting their futures on the series may be up in the air.

Westworld is set in a fictional resort where android "hosts" indistringuishable from humans play Wild West characters that interact with paying human visitors. The problems begin when some androids become self-aware and question their existence.

Westworld wrapped up its second season in June, a month ater being renewed for a third season.

Shaq names his ideal ‘Big 3,’ talks new ad, NBA predictions
And Just Like That… Chris Noth hints Mr. Big could be heading to the ‘Sex and the City’ reboot
‘Home Improvement’ stars Tim Allen and Richard Karn reuniting for new DIY show
‘And Just Like That…’ Mr. Big will not appear in ‘Sex and the City’ reboot
Gender pay gap persists even at executive level, new study finds
‘Game of Thrones’ stars Kit Harington and Rose Leslie welcome first child