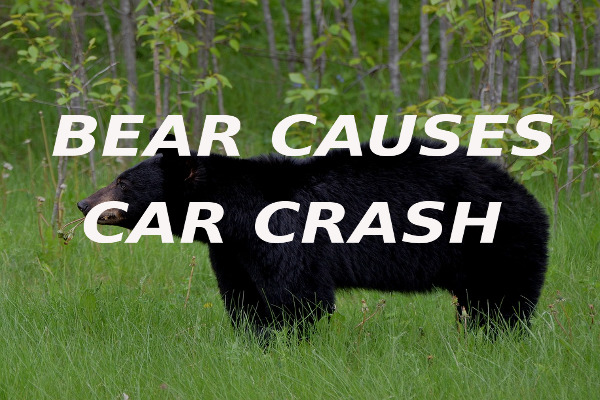 Clover Township, PA – Two bears caused an accident early this morning in Jefferson County, but thankfully the driver was not injured.

44-year-old Anthony Struble of Hawthorn was driving along Route 28 in Clover Township around 2 a.m. Thursday morning when two black bears walked onto the road.

Struble struck one of the bears, causing him to lose control and hit a guide rail.

He was not injured.

It’s unknown if the bear was killed.