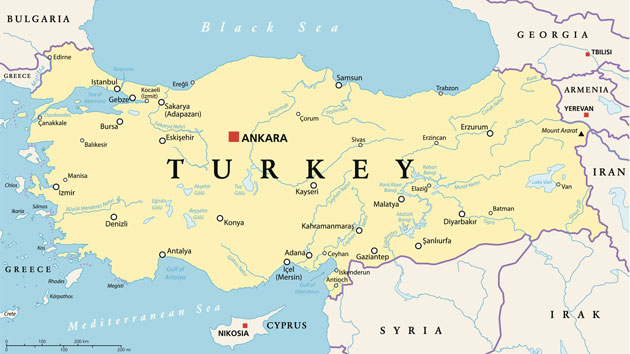 iStock/Thinkstock(ISTANBUL) — Missing Saudi journalist Jamal Khashoggi warned of increasing efforts to silence the media in the Middle East in a column he wrote just before he vanished earlier this month. The "final column" was published online Wednesday.
Karen Attiah, global opinions editor for The Washington Post, wrote that Khashoggi’s translator sent the article a day after the journalist disappeared while visiting the Saudi consulate in Istanbul on Oct. 2.
Khashoggi, a critic of Saudi Crown Prince Mohammad Bin Salman and the government, was visiting the embassy to fill out for paperwork for his impending marriage. His future wife was waiting for him in the car outside.
Officials in Turkey believe Khashoggi was killed in the Saudi consulate, but his death has not been confirmed. The Saudi government has denied any involvement.
“The Post held off publishing it because we hoped Jamal would come back to us so that he and I could edit it together. Now I have to accept: That is not going to happen,” Attiah wrote Wednesday. “This is the last piece of his I will edit for The Post. “I will be forever grateful he chose The Post as his final journalistic home one year ago and gave us the chance to work together.”
The column was published in Thursday's paper.
Attiah said the article, titled “What the Arab world needs most is free expression,” was the perfect example of the writer’s “commitment and passion for freedom in the Arab world,” a freedom she said he “apparently gave his life for.”
Khashoggi noted how some journalists were imprisoned for speaking out against Arab governments as leaders exercised an apparent “free rein” to silence the media.
“My dear friend, the prominent Saudi writer Saleh al-Shehi, wrote one of the most famous columns ever published in the Saudi press. He unfortunately is now serving an unwarranted five-year prison sentence for supposed comments contrary to the Saudi establishment,” Khashoggi wrote. “Arab governments have been given free rein to continue silencing the media at an increasing rate. There was a time when journalists believed the Internet would liberate information from the censorship and control associated with print media.”
Khashoggi, a Saudi citizen who fled for the U.S. amid the rise of the crown prince, praised Tunisia as the only “free” nation in the Arab world and Jordan, Morocco and Kuwait as “partly free.”
“The rest of the countries in the Arab world are classified as ‘not free,’” he wrote. “A state-run narrative dominates the public psyche, and while many do not believe it, a large majority of the population falls victim to this false narrative. Sadly, this situation is unlikely to change.
“Through the creation of an independent international forum, isolated from the influence of nationalist governments spreading hate through propaganda, ordinary people in the Arab world would be able to address the structural problems their societies face,” he added.
President Donald Trump ordered Secretary of State Mike Pompeo to investigate Khashoggi’s disappearance, but he seemed to side with Saudi Arabia's crown prince, who has denied responsibility.
“I just spoke with the king of Saudi Arabia, who denies any knowledge of what took place. The king firmly denied any knowledge of it,” Trump said Monday. “I don't want to get into his mind, but it sounded to me like maybe these could have been rogue killers.”
The president was forced to address the issue again on Wednesday after his previous comments sparked backlash and questions about his ties to Saudi Arabia. When asked on Wednesday if he was covering up for bin Salman, Trump said: “No, not at all, I just want to find out what's happening.”
He said he expects to have more intelligence by the end of the week.`