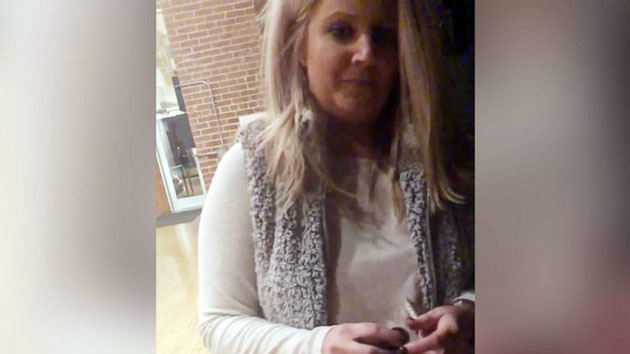 Courtesy D'Arreion Toles(ST. LOUIS) — A white woman in St. Louis dubbed "Key Fob Kelly" by social media users is defending her actions in a new interview after videos of her trying to block a black man from entering his own apartment building went viral.
Hilary Mueller told a local St. Louis TV station that she was merely trying to follow the condo’s guidelines for residents.
“My only intent was to follow the direction I had been given by our condo association board members repeatedly,” Mueller said. “And that is to never allow access to any individual that you do not know.”
D'Arreion Toles recorded his attempts to enter his apartment complex, the Elder Shirt Lofts, after returning home late from work on Saturday. Mueller can be seen standing in the doorway asking what unit Toles lives in and to see his key fob.
"It's not your building, you're not the owner," Toles says in the video before getting past her. Mueller continues to follow Toles up to his fourth-floor loft and demands to find out who he's "going to see" and “why he's there."
Mueller claims Toles was trying to enter the building. She said she had the main door cracked open because she was taking her dog for a walk.
“I do not think that I did anything wrong,” Mueller said. “I upheld the ask of me to its fullest extent.”
Toles asked her to stop following him but she continued as he used his keys to open his door.
Toles told ABC News on Monday that Mueller had called 911 after the encounter. Sgt. Keith Barrett of the St. Louis Metropolitan Police Department confirmed a 911 call was made but that no report was written.
Toles posted the videos to his Facebook page and they've been viewed almost 8 million times. He wrote that the videos show what it's like "to be a black man in America" and "this is America in 2018."
Mueller has been called a “racist” repeatedly on social media, a claim she vehemently denies.
“That is absolutely false and heartbreaking,” Mueller said. “Those are words that truly cut deep.”
Mueller's employer, Tribeca-STL, which manages real estate properties, said in a statement on its website that the company was aware of the video and that she had been terminated.
"The Tribeca-STL family is a minority-owned company that consists of employees and residents from many racial backgrounds," the statement continued. "We are proud of this fact and do not and never will stand for racism or racial profiling at our company."
This is the latest video that has gone viral of a white person threatening to call the police on a black person for performing daily tasks.
Internet users were quick to link the story line to "Permit Patty," who threatened to call 911 on an 8-year-old black girl for selling bottled water without a permit in California.
ABC News reached out to the Elder Shirt Lofts for a copy of the condo's guidelines. The president of the luxury building responded, "My attorney has advised me to not make any statements or share any documents at this time."
Copyright © 2018, ABC Radio. All rights reserved.