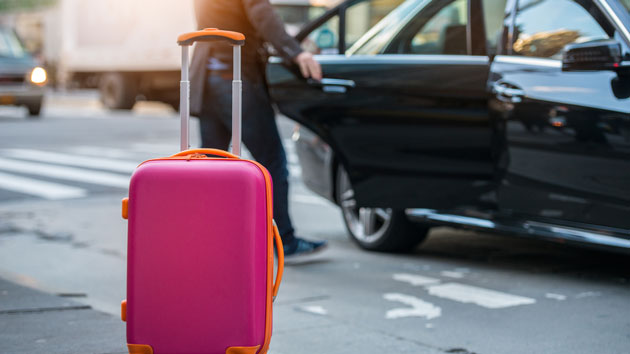 iStock/Thinkstock(NEW YORK) — An Uber driver has been charged in federal court after allegedly kidnapping a woman, groping her after she fell asleep and then charging more than $1,000 for the ride after abandoning her on the side of a highway.
Harbir Parmar, 24, of Howard Beach, New York, was charged in White Plains Federal Court with kidnapping and wire fraud, officials with the Southern District of New York said on Tuesday.
On Feb. 21, a woman from White Plains requested an Uber in Manhattan to take her home, according to a complaint filed with the FBI. Parmar picked up the woman around 11:30 p.m., and she fell asleep in the back seat.
Parmar stands accused of changing the destination in the app to Boston, according to the FBI complaint. When the woman woke up, the vehicle was parked on the side of the road and Parmar had joined the woman in the backseat, placing his hand under the front of her shirt. As she reached for her phone to call for help, Parmar grabbed her phone and refused to give it back to her.
Parmar returned to the driver's seat and continued driving, according to the complaint. The woman asked she be taken home or to a police station, but Parmar refused, dropping her off along a highway in Connecticut around 1:45 a.m.
The woman said she memorized the car's license plate and went to a nearby convenience story seeking help. The next morning she saw that she'd been charged $1,047.55 for the ride.
"As alleged, Harbir Parmar was hired to transport a woman from Manhattan to her home in White Plains. Instead, Parmar kidnapped, terrorized and assaulted the woman before dumping her on the side of an interstate," U.S. Attorney Geoffrey S. Berman said in a statement. "No one — man or woman — should fear such an attack when they simply hire a car service."
If convicted, Parmar could face life in prison for the kidnapping charge and 20 years for the fraud charge.
From December 2016 to February 2018, Parmar allegedly sent false information about customers' destinations and overcharged them on more than 10 occasions. He's also been accused of submitting false information related to cleaning fees. The improper charges totaled more than $3,600.
Uber said that the company blocked Parma from using its app in February and that he hadn't taken a trip since the incident. Uber also provided information to investigators.
"What's been reported is horrible and something no person should go through. As soon as we became aware, we immediately removed this individual's access to the platform," an Uber spokesperson told ABC News in a statement. "We have fully cooperated with law enforcement and will continue to support their investigation."
The woman's fare was refunded within days, Uber added.
Susanne Brody, a lawyer for Parmar, didn't immediately respond to a request for comment from ABC News.