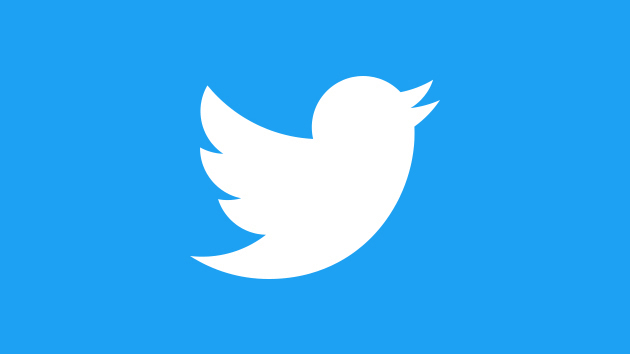 Twitter(NEW YORK) — Twitter has released data on more than 10 million tweets from nearly 4,000 accounts it said were linked to Russia and Iran, which paint a more nuanced portrait of the nations’ purported online influence operations.
The social media giant previously disclosed the operations and lawmakers released hundreds of suspected account names that Twitter said were linked to the Internet Research Agency, a St. Petersburg-based “troll farm” that worked day and night to spread propaganda and stoke division online ahead of the 2016 election. But this is the first time the public and independent researchers have been given access to what data analyst Ben Nimmo described as the full “motherlode” of information.
Nimmo, an information defense fellow at the Atlantic Council’s Digital Forensic Research Lab whose team was given a preview of the data in order to post their analysis with Twitter’s announcement, said that for all the attention given to Russia’s online influence in the U.S. ahead of the 2016 presidential election, he was surprised that the data showed that the “first targets and the first victims” were, in fact, Russian users.
“Particularly in the Russian dataset a lot more of the content was in Russian than in English,” said Nimmo. “It’s a really important reminder that the Russian troll farm started out as a tool of domestic repression. It then became a weapon abroad… They adapted it to the U.S. audience.”
Nimmo pointed to the blast of social media activity after the downing of Malaysia Airlines Flight 17 in Ukraine, which international investigators blamed on Russia. On the day before the incident, accounts linked to Russia’s troll factory posted a total of 19,000 times. On the day after, the number jumped to 57,000, most of them using hashtags that blamed Ukraine.
“You can see that somebody hit the big red button that said, ‘Trolls, go troll,’” Nimmo told ABC News.
Only later did the Russians turn their attention to the U.S. election, where their goals evolved along with developments in the political race. While a full analysis of the ideological breakdown of the entire trove of tweets has yet to be undertaken, the DFRLab determined that the Russian trolls appear to have been surprisingly “non-partisan,” at least when it came to divisive issues.
“They tried to inflame everybody, regardless of race, creed, politics or sexual orientation,” the analysis said. “On many occasions, they pushed both sides of divisive issues.”
For example, DFRLab identified two Russia-linked accounts that straddled the gun control debate: “Mass shooting occurs even in #GunFreeZones so people is the problem not guns #Prays4California,” one said the day after the San Bernardino shooting. “mass shooting wont stop until there are #GunFreeZones #Prayers4California” another said.
Darren Linvill, a Clemson University professor who with his colleague Patrick Warren previously analyzed some 3 million tweets linked to Russia, told ABC News that influencing the elections might not have been their only – or even their primary – goal.
“The primary goal was be divisive and get Americans to question each other and question institutions,” he said.
As for the Iranian operation, Nimmo said it was less widespread and “much, much clumsier” than the Russians’. It consisted of about a million tweets from 770 accounts that mainly attempted to get Twitter users to go to websites that hosted pro-Iran, anti-Israel or anti-U.S. content.
“It used fewer personalities, which is much less effective,” Nimmo said.
In releasing the dataset, Twitter said the move was “in line with our principles of transparency and to improve public understanding of alleged foreign influence campaigns.” Twitter and Facebook have come under increasing pressure to counter the spread of inauthentic accounts on their platforms, including those linked to foreign state-sponsored actors.
Linvill called Twitter’s disclosure a “great first step,” and said the data could prove of great analytic value when it comes to understanding online influence operations but he still expressed some concern about what he called “a look back at history.”
“The way in which the IRA changes its behavior almost completely year-to-year, this won’t be particularly helpful to understand what they’re doing now,” he said. “The way they operated in 2016, 2017, looks nothing like they’re doing now.”
Nimmo said he hopes that the release of the information will help not only researchers but also average Twitter users to understand the need to be cautious online and “extend that idea into the political sphere.”
“Part of this is basic street wisdom online,” he said.