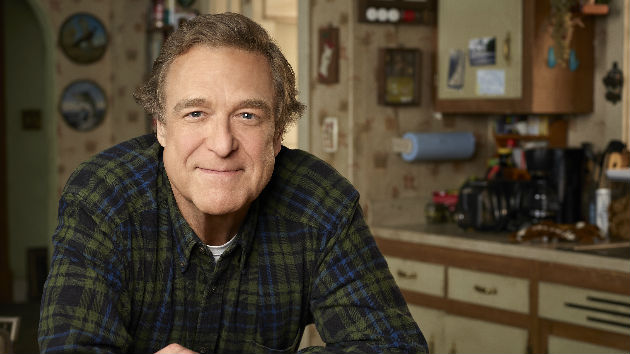 The rebooted show's first episode centered on the impact of the death of the acerbic family matriarch on the blue collar family, but also deals with their surprise at the real reason she died.
Before Barr's termination from the hit revival over a racist tweet she sent in real life, her character briefly battled an addiction to the pills she was prescribed after knee surgery.

In the episode, Roseanne's onscreen sister Jackie, played by Laurie Metcalf, finds out from the coroner that the pain pills led to Roseanne's death. While it was assumed a heart attack killed her in her sleep, her family members begin to find opioid pills she had stashed around the house.

John Goodman's grieving family patriarch Dan finds that some of the pills belonged to Roseanne's friend, and begins a campaign to shame her in the neighborhood for "killing" his wife. After confronting the friend, Sarah Gilbert's Darlene tells her dad about the missing pills; they come to terms with the fact that Roseanne had a problem.

In real life, shortly after the show aired, however, the real Roseanne gave her review of the episode via Twitter. "I AIN'T DEAD, BI*****!

Following the tweet, Barr and her longtime Rabbi, Shmuley Boteach,issued a statement saying in part "While we wish the very best for the cast and production crew of The Conners, all of whom are deeply dedicated to their craft and were Roseanne’s cherished colleagues, we regret that ABC chose to cancel Roseanne by killing off the Roseanne Conner character. That it was done through an opioid overdose lent an unnecessary grim and morbid dimension to an otherwise happy family show."