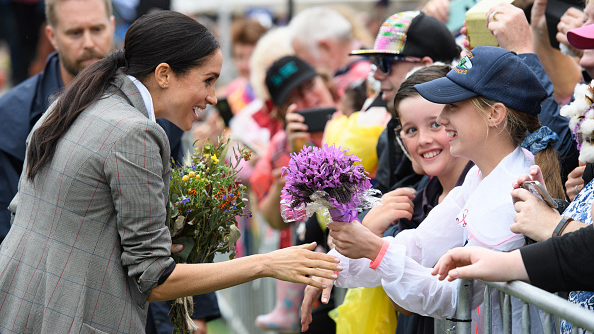 Pool/Samir Hussein/WireImage via Getty Images(LONDON) — Meghan Markle has confirmed while on a royal tour of Australia that she's the type of guest anyone would like to invite over.
When the Duchess of Sussex, 37, visited a family-run farm in Dubbo, Australia, Wednesday, she did not arrive empty handed.
The duchess brought with her for tea a homemade loaf of banana bread that she reportedly made in the kitchen of the Admiralty House in Sydney, where she and Prince Harry are staying.
Meghan is known for her love of cooking. Prior to marrying Prince Harry, she ran a lifestyle website, The Tig, that featured recipes.
In her most high-profile, solo charitable endeavor as a member of Britain’s royal family, Meghan collaborated on a cookbook with a group of female survivors of the deadly Grenfell Tower fire.
"I have a lifelong interest in the story of food – where it comes from, why we embrace it and how it brings us together: The universal connection to community through the breaking of bread," Meghan wrote in the cookbook's foreword.