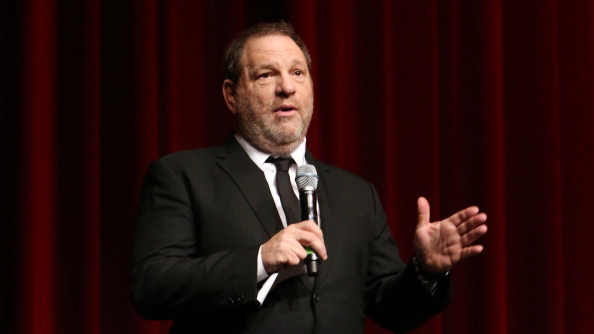 Alexandra Wyman/Getty Images For TWC(NEW YORK) — The Manhattan District Attorney’s office this afternoon issued a pre-emptive notice to Harvey Weinstein’s defense team, alerting them to yet another potentially serious problem connected with the investigation that led to criminal charges against the disgraced movie mogul.
The assistant district attorney handling the case told Weinstein’s team that one of the alleged victims was told by NYPD Detective Nicholas DiGaudio, the lead detective in the case to delete from her phones any information she didn’t want prosecutors to see when she turned the devices over to them.
According to the letter, the detective said “we just won’t tell Joan,” referring to Manhattan assistant district attorney Joan Illuzzi-Orbon.
The district attorney's office insists that the case is still moving forward, and provided no comment beyond the letter.
Weinstein’s lead defense attorney, Benjamin Brafman, said Wednesday's admission is more evidence of what he described as a "deeply flawed" case against his client.
"This new development even further undermines the integrity of an already deeply flawed Indictment of Mr. Weinstein," Brafman said in a statement emailed to ABC News.
Weinstein has pleaded not guilty and denied all allegations of rape and sexual assault that have been made against him both in court and in the media.
Less than a week ago, the judge in the case dismissed one of six counts against Weinstein — at the district attorney's request — after prosecutors discovered a written account from alleged victim Lucia Evans which suggested her sexual encounter with Weinstein was consensual. Evans has accused Weinstein of forcing her to perform oral sex on him in 2004.
Wednesday's letter refers to one of the two remaining accusers in the case, given that Evans accusation against Weinstein was dropped last week with the dismissal of the sixth count.
Both Manhattan District Attorney Cyrus Vance's office and the New York Police Department (NYPD) are reviewing the detective’s work on the case.
In court last Thursday, Illuzzi-Orbon told the judge that the case against Weinstein is still moving forward.
The Manhattan prosecution of Weinstein represents the only criminal case to be filed against him to date. Investigation elsewhere –- including in Los Angeles and London –- have not led to criminal charges.
Last week, after Illuzzi-Orbon informed the court that she would drop count six of the indictment against Weinstein, Evans’ lawyer blasted the move, saying in a statement that the district attorney's office made the decision to “abandon” her client.
"Let me be clear: the decision to throw away my client's sexual assault charges says nothing about Weinstein's guilt or innocence," said attorney Carrie Goldberg.
"Nor does it reflect on Lucia's consistent allegation that she was sexually assaulted with force by Harvey Weinstein," he continued. "It only speaks volumes about the Manhattan DA's office and its mishandling of my client's case."
Prosecutors said in a Sept. 12 letter to the defense unsealed last week that they discovered an account after Weinstein's arrest that could suggest the encounter was consensual.
"According to the Witness…the Complainant [Evans] told the Witness that…the Complainant had gone to the defendant's office, where the Defendant told her, in substance, that he would arrange for the Complainant to receive an acting job if she agreed to perform oral sex upon him," the letter said. "According to the Witness, the Complainant told her that she thereupon performed oral sex on the defendant."
The letter goes on to say that during this discussion Evans "appeared to be upset, embarrassed and shaking."
Weinstein defense attorney Benjamin Brafman accused Evans of committing perjury when she testified to the grand jury.
“Sexual assault is a serious crime but falsely accusing someone of sexual assault is also a serious crime,” Brafman said outside court last week.
Brafman said prosecutors discovered Evans’ written account about her encounter with Weinstein from a fact-checker with The New Yorker, and said he would subpoena the magazine.
“When you do your homework after the arrest, bad things happen,” Brafman noted.
In a statement, a spokesperson for The New Yorker said that the magazine stands by their reporting and fact-checking process, adding that "[a]ny assertion by lawyers for Harvey Weinstein that The New Yorker had information that contradicted Lucia Evans’s account is patently incorrect."
Weinstein’s defense team called the case “permanently and irreparably damaged” and Brafman said he would use the development to seek the dismissal of the whole case.
Illuzzi-Orbon, however, said last week that the rest of the case is “full steam ahead.”
“Nothing in the disclosure relating to count six impacts the strength of the remaining case and the remaining counts in the indictment, all five of them, including predatory sexual assault,” she said.
Evans is one of three women whose allegations form the backbone of the criminal case.
Defense attorneys also said they would subpoena police interview records after claiming that an NYPD detective “may have unfairly tainted these proceedings” when he prepared Evans for her testimony.
The detective has been removed from the case, Brafman said.
NYPD officials have said they stand by the criminal case against Weinstein, but have not to date directly addressed the alleged conduct of the investigator, Detective DiGaudio.
But the president of the NYPD detectives union vigorously defended the embattled DiGuardio.
"The Manhattan DA’s office needs to enter the 21st century," Detectives Endowment Association president Michael Palladino said in a statement. "This is the age of technology. People keep loads of personal info on their phones that they prefer remains confidential."
"A woman should not have to surrender confidential intimate information that’s immaterial to the case to defend herself against a sexual predator," Palladino continued in the statement. "That’s being victimized twice. Detective DiGaudio was sensitive to that.
Weinstein is due back in court on Dec. 20.