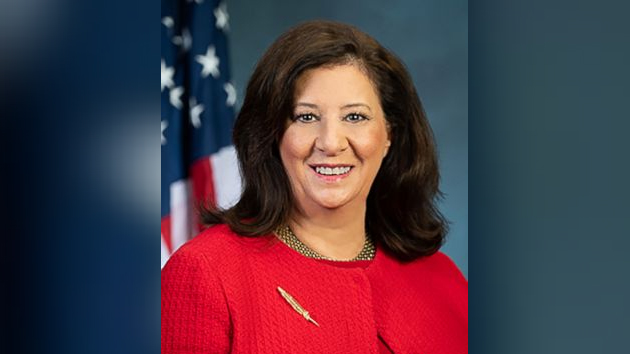 Department of Housing and Urban Development
Posted on October 16, 2018 by ABC News

Department of Housing and Urban Development(WASHINGTON) — Even as ethical inquiries into Ryan Zinke's actions as Interior Secretary continue, the Trump administration is expected to nominate a political appointee from another agency to take over as the department's internal watchdog.
Democrats and oversight groups say they are concerned a political nominee with no specific experience in oversight could quash investigations into Zinke.
The move involving the expected nominee, Suzanne Israel Tufts, was first revealed in an email, obtained by ABC News and other organizations, sent from Housing and Urban Development Secretary Ben Carson to staff announcing that Tufts was leaving HUD to take the position as acting inspector general at Interior.
Rep. Raul Grijalva, the ranking member of the committee with oversight of Interior, said the move "stinks to high heaven."
“Secretary Zinke and the Interior Department are awash in wave after wave of scandal and corruption, and they decide now is the perfect time to get rid of the current IG. After looking around, the best person they could find is a Trump political operative at HUD who turned a blind eye to Secretary Carson’s $31,000 dining set. President Trump keeps warning people that if Democrats get control of Congress, all you’ll see is investigations and subpoenas. Well, somebody’s got to do it,” Grijalva said in a statement.
A spokeswoman for the House Natural Resources Committee with oversight of Interior said the committee and Chairman Rob Bishop plan to learn more about the nomination as the Interior Department makes information available.
The White House did not immediately respond to a request for comment on the nomination.
Tufts, originally a lawyer from New York, led the office of administration at HUD where she was "tasked with delivering administrative support and customer service to HUD employees nationwide."
Public information about Tufts does not specifically list any experience in government oversight but the law establishing inspectors general specifies that nominees for permanent positions should be made regardless of political affiliation and based on a demonstrated record of work with auditing or investigations. She did not immediately respond to a request for comment.
The former head of HUD's office of administration, Helen Foster, filed a whistleblower complaint in November 2017 alleging that she was pushed out of a role with similar responsibilities in part because she raised concerns about exorbitant spending at the department. Foster has since left government service, citing retaliation against her complaint.
The Interior Department has not had a confirmed inspector general for years; the office is currently run by Deputy Inspector General Mary Kendall. Kendall has been deputy inspector general at Interior since 1999 and previously worked for the Environmental Protection Agency. President Barack Obama nominated her to become the inspector general in 2015 but the nomination stalled in the Senate after Republicans said Kendall was too close with administration officials.
"The position of the Inspector General has been vacant for about ten years. This is a providentially appointed, Senate-confirmed position, which would be announced by the White House," Interior spokeswoman Faith Vander Voort said in a statement.
A spokeswoman for the inspector general's office said they haven't been given any official information about the change.
The inspector general's office is still looking into whether Zinke was improperly involved in a real estate deal as secretary and has been looking into whether any taxpayer funds were improperly spent on Zinke's travel.
Zinke has said while he met with Halliburton officials connected to the real estate deal in his hometown they only discussed the history of the project. He has also pushed back against allegations that there was anything improper about the cost of his travel.
The internal watchdog's office has released an interim report on Zinke's travel that said Interior could improve procedures but cleared Zinke of wrongdoing. Another report found that the department did not keep sufficient records to explain controversial re-assignments that at least one employee alleged was in retaliation for work on climate change.
Liz Hempowicz, public policy director at the watchdog group Project on Government Oversight, said the administration shouldn't change who is in charge of Interior's internal watchdog while active investigations are ongoing.
"Replacing one acting inspector general with another who has no significant government oversight experience, and at a time when there are several ongoing investigations involving Interior Secretary Ryan Zinke’s activities, is politically suspect. They shouldn’t be changing hats right now, when there are numerous investigations left to be completed. The prolonged tenure of an acting inspector general at the Interior Department is a larger problem, but this move does nothing to address that," Hempowicz said in a statement.