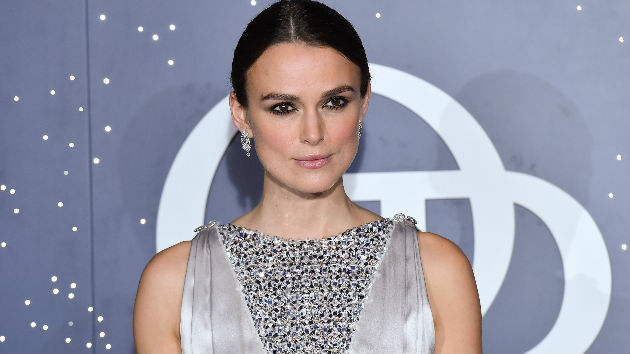 Stephane Cardinale – Corbis/Corbis via Getty Images(LOS ANGELES) — Keira Knightley may be starring in Disney's upcoming The Nutcracker and the Four Realms, but she doesn't exactly agree with the messages in every film the studio has made.
The 33-year-old British actress said on The Ellen DeGeneres Show Tuesday that she has "banned" her three-year-old daughter, Edie, from watching certain Disney movies.
The 1950 animated Cinderella is "banned," Knightley said, "because she waits around for a rich guy to rescue her. Don't! Rescue yourself, obviously!"
But the one that has the Colette star conflicted is The Little Mermaid, because she actually likes the film.
"I mean, the songs are great, but do not give your voice up for a man. Hello!" she told host Ellen DeGeneres. "But the problem with The Little Mermaid is, I love The Little Mermaid! That one's a little tricky — but I'm keeping to it."

DeGeneres was happy to hear not all Disney films were off-limits. Finding Dory, in which DeGeneres voiced the blue tang fish with memory problems, is "a big favorite in our house," Knightley revealed.
"Frozen is huge and Moana is totally fine," she added.
"There are some good ones," DeGeneres responded, "but mainly Dory."

The Nutcracker and the Four Realms, in which Knightley plays the Sugar Plum Fairy, comes out November 2.