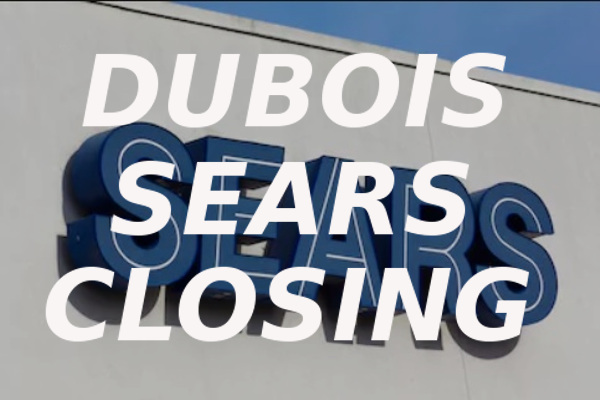 DuBois, PA – The Sears store in DuBois will be closing after the company filed for Chapter 11 bankruptcy. It’s one of 142 unprofitable Sears and Kmart stores owned by Sears Holding that are set to close by the end of the year. This is in addition to 46 other locations that we previously announced, which are expected to close by the end of November.

Just in the past 5 years, Sears Holding has declined from nearly 2,000 stores in 2013 to now operating only 687 Sears and Kmart stores. There’s no word yet on how many jobs will be lost from the DuBois Sears.

The stores will remain open through the holidays, but the DuBois Sears will likely close by the end of 2018. Liquidation sales are expected to start shortly.

Listen to reactions from a few customers.

Some of the stores closing in our region: