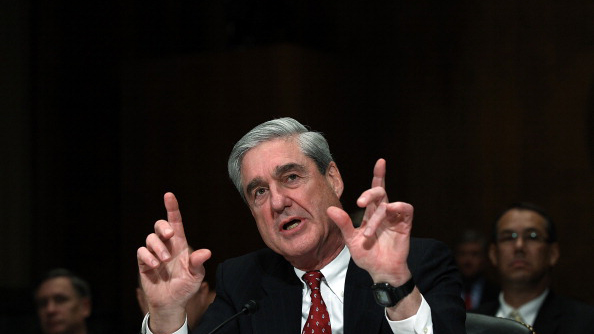 Win McNamee/Getty Images(WASHINGTON) — What will special counsel Robert Mueller find when his investigation of Russian interference in the 2016 election is finally complete?
The American public might never get to see the full picture.
Under the current special counsel regulation, Mueller is required to provide the attorney general with a “confidential report explaining the prosecution or declination decisions reached by the Special Counsel,” but it will be up to the attorney general — or, at the moment, his deputy — whether to release that report to the public.
But President Donald Trump has publicly considered removing both Attorney General Jeff Sessions and Deputy Attorney General Rod Rosenstein, who inherited supervision of the investigation after Sessions’ recusal, at various points in the first two years of his administration, stoking concerns from Democrats that their potential replacements could order an end to the investigation or attempt to bury its findings.
Any attempt to withhold Mueller’s report from public view would surely spark a fierce partisan battle, particularly if Democrats take control of the House in the midterms, putting themselves in position to subpoena documents from the Justice Department pertaining to Mueller’s investigation even if its findings aren’t publicly released.
“We expect—and the rule of law demands—that the Special Counsel be permitted to complete his investigation, wherever it may lead, free from political interference, and that the facts be presented for public review so that the American people can know the full truth,” said New York Democratic Rep. Jerry Nadler during a press conference earlier this year. Nadler would serve as the chairman of the House Judiciary Committee if Democrats retake the House.
The Department of Justice declined to comment for this report. President Trump has vehemently denied any coordination between his campaign and Russian agents working to influence the election.
Under the current regulations, which were written to shift power to the Justice Department, giving the agency more oversight of future special counsels, in the wake of Kenneth Starr’s years-long investigation of President Bill Clinton, Mueller would be required to provide his final report to Deputy Attorney General Rosenstein, the acting attorney general for this matter.
Rosenstein is required by regulation to notify the top Republicans and Democrats on the House and Senate Judiciary Committee at the end of the investigation and provide them with an explanation of any instance where he blocked a proposed action by Mueller’s team.
He could also release Mueller’s report to the public if he determines that the release “would be in the public interest,” according to the regulation, but considering Trump’s tumultuous relationship with the Justice Department and its leaders, Rosenstein might not be in a position to make those decisions when Mueller finishes his work.
While Trump recently appeared to reach a détente with Rosenstein, the embattled deputy attorney general traveled to the White House late last month with the expectation that he would be fired, following reports that Rosenstein had suggested recording conversations with the president in connection to possibly invoking the 25th Amendment to remove Trump from office. Rosenstein said in a statement at the time that he had never "pursued or authorized recording" Trump or advocated for Trump's removal.
And Trump has repeatedly criticized Sessions, stemming from his decision to recuse himself from the Russia probe — “I don’t have an attorney general,” Trump told Hill.TV in September — and has reportedly discussed replacing Sessions with his chief of staff Matt Whitaker, according to the Washington Post.
In a recent interview with CBS’ “60 Minutes,” Trump said he had “no intention” of shutting down the investigation but stopped well short of a guarantee.
“I don’t pledge anything,” he said. “But I will tell you, I have no intention of doing that.”
Democrats and some Republicans have called for the passage of legislation to protect Mueller’s investigation from political interference. Lawmakers have introduced proposals to limit the attorney general’s ability to remove a special counsel and preserve staff, documents and materials if an investigation is shuttered, and have also suggested proposals that would allow Mueller to appeal his removal.
And Neal Katyal, the former acting solicitor general of the United States during the Obama administration who also served in the Clinton administration and helped draft the regulations, has also called for Rosenstein to transmit “interim reports” to Congress to memorialize Mueller’s investigation and inoculate it from any potential interference in the future.
“Rosenstein could, right now, tell Congress (or even a small group of members, with appropriate safeguards, including secrecy) what has happened — what Mueller has learned so far, whether Rosenstein has ever said “no” to Mueller and where the investigation is headed now,” he wrote in the Washington Post. “Such a move would be unusual, to say the least. But it is a way for Rosenstein to safeguard his legacy. And it could also safeguard the very principle that no one is above the law. Not even the president — and not even this president.”