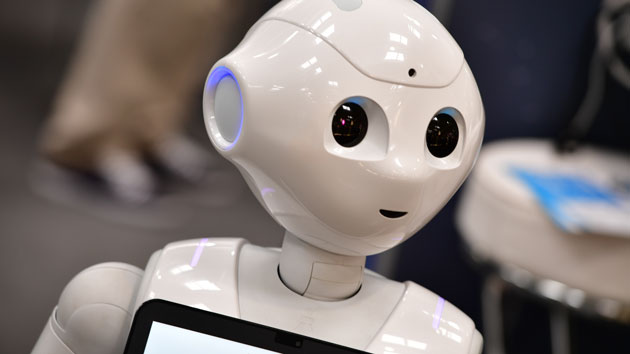 Alexander Koerner/Getty Images(LONDON) — A robot named Pepper made history in the U.K. Tuesday as it presented evidence to the Houses of Parliament.
Pepper, who is the resident robot at Middlesex University in London, spoke to the Members of Parliament, or MPs, about the future of artificial intelligence in caregiving for the elderly.
"Good morning, chair, thank you for inviting me to give evidence today," Pepper said during a parliamentary hearing on the "Fourth Industrial Revolution." "Assistive intelligent robots for older people could relieve pressure in hospitals, in care homes, as well as improve the care delivery at home and promote the independent living for the elderly people."
In order to make robots to be more "acceptable" as caregivers, Pepper added that "it is essential that they can be programmed to adapt to diverse backgrounds."
The robot is part of an international research project funded by Japan and the EU to develop the world’s first "culturally aware" robots, according to Middlesex University.
Professor Martin Loomes, the university’s executive dean of science and technology who gave evidence to the education committee alongside Pepper, believes this is an important view of tasks robots can do, beyond commonly accepted roles.
"A traditional view of robots is that they will automate simple, repetitive tasks on a production line," he said in a statement from Middlesex University. “The development of robots like Pepper shows that robots may well be integrated into more social settings."
Copyright © 2018, ABC Radio. All rights reserved.