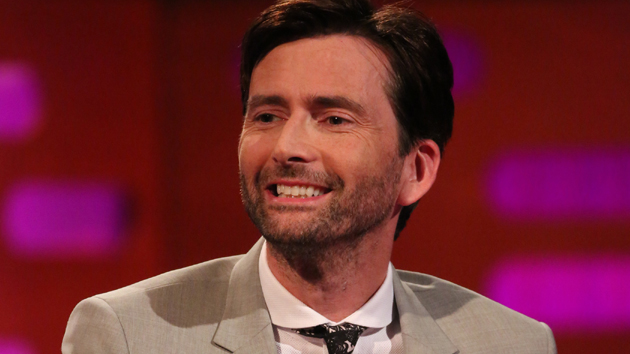 Isabel Infantes/PA Images on behalf of So TV
Posted on October 15, 2018 by ABC News

Isabel Infantes/PA Images on behalf of So TV(NEW YORK) — Jodie Whittaker's debut as the first female Doctor in the long-running British sci-fi series Doctor Who has been greeted with great ratings and mostly positive reviews. And David Tennant, who portrayed the Doctor from 2005-2010, says any suggestion that fans were against the idea of a female doctor is completely overblown.

"If you want to write the story about how Doctor Who fans are rejecting the idea of a female doctor, you'll find enough people who are thumping lunatic messages on their keyboard," Tennant tells ABC Radio. "I think overwhelmingly, that wasn't actually the case."

The conceit of Doctor Who is that every time the main character — a time-traveling, 900-plus-year-old alien — dies, he "regenerates" into completely new body, which is why the character has now been played by 13 different actors over more than 50 years.

"It's makes perfect sense in the show," Tennant notes of the Doctor now having regenerated into a woman. "It doesn't alter the essence of the show, actually. And most important, Jodie's a great choice and she's as brilliant as I knew she would be."

Of course, Tennant was likely predisposed to love Whittaker, since they co-starred on the hit British crime drama series Broadchurch. But he further points out that in the five decades the show's been around, fans have always complained about whomever takes over the role.

"You would always find some people going, 'This is not the Doctor I want!'" Tennant says. "And then always, what happens is, the new Doctor arrives, and everyone goes, 'I love the new Doctor! Who was the old one?' And that's why that show has managed to reinvent itself for 55 years."

Doctor Who airs on BBC America Sunday nights at 8:00 ET.