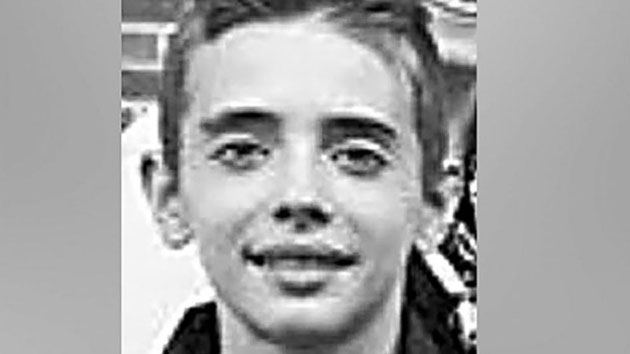 PA State Police/Facebook(HARRISBURG, Pa.) — A missing Pennsylvania teenager may have left to hike the Appalachian Trail, authorities said.
Corey Lee Bliesath, 15, was last seen at his home in Swatara Township near Harrisburg around 9 p.m. Saturday, Pennsylvania State Police said Monday.
Bliesath had been talking about going to Florida by way of the Appalachian Trail, his family told police.
The Appalachian Trail runs north to south, from Maine down to Georgia. It passes right by Harrisburg.
Hiking and camping are the boy's hobbies, and he has basic survival skills, his family said, according to Pennsylvania State Police Trooper David Beohm.
Bliesath's interest in hiking the Appalachian Trail has grown in recent weeks, his family told police, though it's unclear why, Beohm told ABC News.
"I don't think he's in any danger other than he's 15 and he may be walking on the Appalachian Trail by himself," Beohm said.
Police said that by showing the teen's photo to the public, he may be safely located more quickly, Beohm said.
Bliesath is described as 5-foot-4 and about 105 pounds.
Anyone with information is urged to call 717-865-2194.
Copyright © 2018, ABC Radio. All rights reserved.