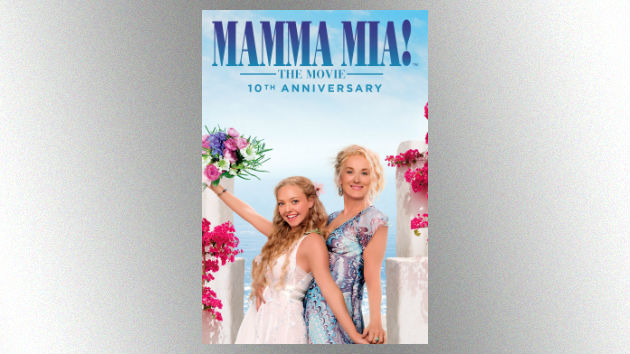 The Meryl Streep-led musical is getting a re-release in theaters in honor of its 10-year anniversary. The 2008 film, featuring songs by the pop group ABBA, will return to 400 screens for two days only next month.

Fathom Events and Universal Pictures will host the showings on Sunday, Nov. 4 and Tuesday, Nov. 6 at 1:00 p.m. and 4:00 p.m. local time. The screenings will also feature behind-the-scenes footage and interviews with the cast and crew.

Mamma Mia! stars Streep as Donna, the free-spirited mom of Amanda Seyfried’s Sophie, who reveals that one of three different men could be Sophie’s father.

You can buy tickets for the 10th anniversary showings at FathomEvents.com or at participating box offices.

Mamma Mia! earned $609.8 million worldwide upon its release in July, 2008. A sequel, titled — of course — Mamma Mia! Here We Go Again, was released this summer and earned $392 million globally.