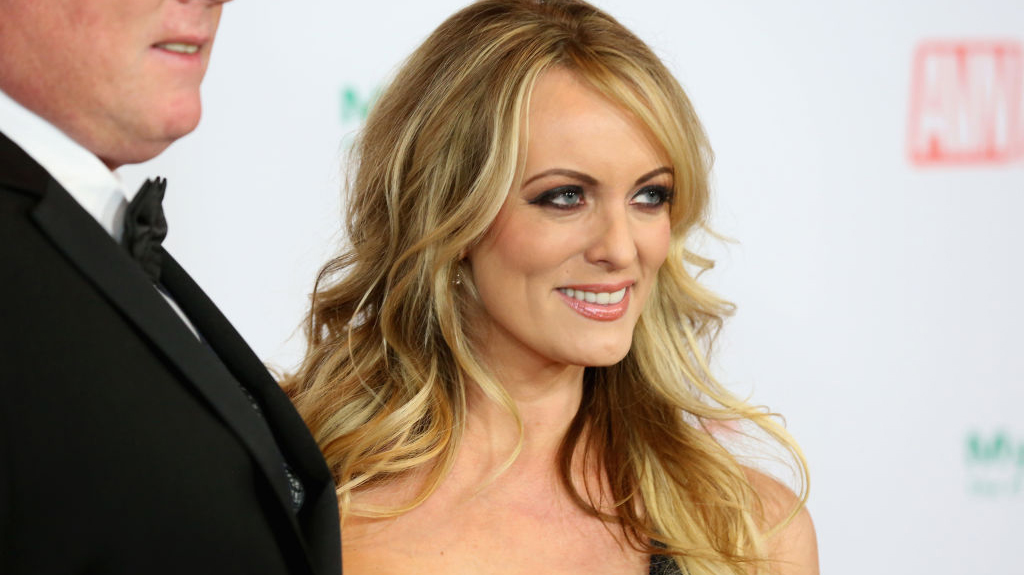 Gabe Ginsberg/Getty Images(NEW YORK) — A federal judge has dismissed a defamation lawsuit filed by adult film actress Stormy Daniels against President Donald Trump, court documents showed.
Daniels was also ordered to pay Trump's legal fees.
Shortly after Daniels agreed to speak out about her alleged sexual relationship with Trump, she alleged she and her daughter were threatened in Las Vegas, Nevada, and told to "Leave Trump alone. Forget the story," according to the filing.
After Daniels released a sketch in April of the man she claimed threatened her, Trump posted on Twitter: "A sketch years later about a nonexistent man."
Daniels, in her lawsuit, claimed Trump acted with "actual malice" and "reckless disregard for the truth" because either he knew about the alleged threat or he had no way of knowing if the threatening incident had actually taken place, documents stated.
The Court ruled that Trump's tweet was "rhetorical hyperbole" and protected by the First Amendment.
In a statement, Trump's attorney Charles J. Harder called it a "total victory for President Trump and total defeat for Stormy Daniels."
"No amount of spin or commentary by Stormy Daniels or her lawyer, Mr. Avenatti, can truthfully characterize today’s ruling in any way other than total victory for President Trump and total defeat for Stormy Daniels. The amount of the award for President Trump’s attorneys’ fees will be determined at a later date," Harder said in the statement.
Daniels' attorney, Michael Avenatti, posted on Twitter that he will appeal the decision and that Daniels' other claims against Trump and his former attorney, Michael Cohen, remain unaffected.