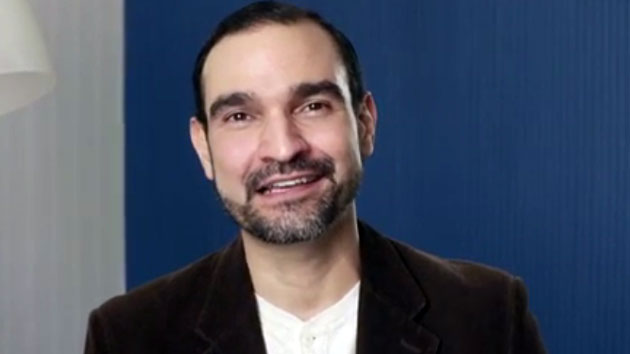 Spread The Vote(SAN JUAN, Puerto Rico) — Javier Munoz is on a mission.
The former star of hit Broadway musical “Hamilton” is trying to get people the identification cards they need to vote this November.
As the U.S. fast approaches the November midterm elections, Munoz is now the face of a ” rel=”noreferrer” target=”_blank”>60-second video in English and Spanish created by an organization called Spread the Vote, which helps people get the photo ID required to vote in certain states.
“It is a huge opportunity for the Latinx community, to have their voices heard, especially in response to hurricane Maria and how that affected each and every life on that island,” Munoz told ABC News.
Nearly 200,000 Puerto Ricans left after Hurricane Maria ravaged the island in Sept. 2017, the majority of them moving to Florida.
Florida is one of seven states that requires all voters showing up to the polls to have a photo ID card to vote.
“The IDs we are getting for people go way past the ballot,” Spread the Vote’s Florida State Director Gina Miles told ABC News. “They need IDs to survive. They need an ID to apply for a job, to apply for housing, for medical care, to enter food banks.”
Munoz still has family in Ponce and Mayaguez, Puerto Rico, and some of his family members were among the hundreds of thousands that relocated to Florida. He vividly remembers Hurricane Maria and its aftermath.
“It was so terrifying to go so long without hearing from them that still in just saying the names of where they live on the island of Puerto Rico, evokes an emotional response in me,” Munoz said.
Damaris Torres is one person who will be receiving a Florida driver’s license soon, thanks to help from Spread the Vote.
Torres, originally from Guayanilla, Puerto Rico, left the island on Nov. 15 with her two daughters, one of whom was pregnant, as well as her 3-year-old granddaughter. They lived in a hotel in Orlando before the family was able to transfer their Section 8 housing status from the island to the mainland.
“We decided to come because I am diabetic and it was becoming very difficult with the insulin and all the medicine,” Torres said in Spanish.
Torres said that voting in November’s election is important because it ensures the well-being of her daughters and grandchildren.
“To get off the plane and to see how the island is doing was very depressing” Torres said about visiting the island after the hurricane, adding that thinking of her son who still lives in their old home on the south part of the island with limited power is what causes her the most pain.
Spread The Vote pays for and assists people who need to get updated birth certificates, notarized letters and other documents to and from Puerto Rico to ultimately get a driver’s license. The average cost to get a Florida driver’s license for someone from Puerto Rico is $34.
“You have all these people that were forced out of their homes because of a storm,” said Kat Calvin, a lawyer turned political organizer who founded Spread the Vote. “[T]hey now have the opportunity to elect someone who will actually do something and will actually care.”
The organization also helps people who are not from Puerto Rico but need voter identification cards.
“Ninety percent of the people that we help, the very first thing they say is ‘I can get a job now,’” said Calvin, adding that 77 percent of the people who get an identification card through the organization are first-time voters.
For his part, Munoz looks to the November election as a moment of reckoning for people displaced by Maria.
“While a person is rebuilding their life post-Hurricane Maria, and having to relocate, who gets elected will directly affect what they have as a resource going forward as they rebuild their lives.”
Copyright © 2018, ABC Radio. All rights reserved.