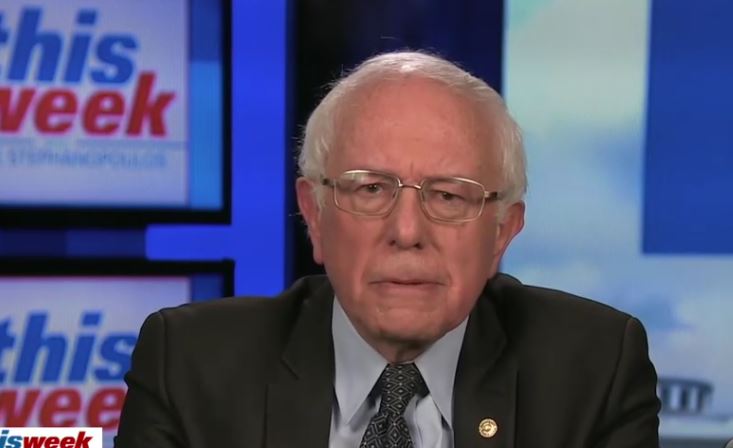 ABC News(WASHINGTON) — Sen. Bernie Sanders said Democrats' chances in the midterm elections hinge on their ability to motivate voters to get to the polls.
The Vermont independent and former Democratic presidential candidate told ABC News Chief Anchor George Stephanopoulos on This Week Sunday, “In my view, what this whole election will come down to is whether we can mobilize people to come out and vote.”
Sanders noted a drop in voter turnout in 2016, when Republican Donald Trump won the presidency.
He said his message to voters is, "We have to end one-party rule in Washington. Right now you have a president, you have leadership in the House and the Senate, working overtime to the needs of the wealthiest people in this country, turning their backs on working families."
Sanders’ comments come as Democrats seek to turn their steady advantage in midterm polling into electoral success. A new ABC News/Washington Post poll released Sunday shows Democrats with an 11-point lead nationally among registered voters in House races. But FiveThirtyEight’s Senate forecast has shown that Democrats face a difficult road to winning control of the Senate, just a one-in-five chance.