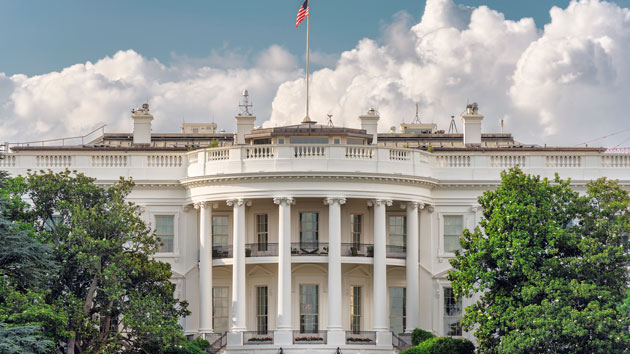 iStock/Thinkstock(WASHINGTON) — American pastor Mark Brunson is expected to visit the White House Saturday after being released from almost two years of detention in Turkey.
Brunson landed at Joint Base Andrews around noon with his wife, Norine. Tony Perkins, who was traveling with Brunson as part of the United States Commission on International Religious Freedom, told ABC News he was "thrilled" upon landing on U.S. soil.
President Trump announced on Twitter that he will meet with the pastor, who was detained in Turkey on suspicions of espionage and plotting to overthrow the government, in the Oval Office.
“Pastor Andrew Brunson, released by Turkey, will be with me in the Oval Office at 2:30 P.M. (this afternoon). It will be wonderful to see and meet him. He is a great Christian who has been through such a tough experience. I would like to thank President @RT_Erdogan for his help!” Trump tweeted.
After his release, Brunson was flown to Ramstein Air Force Base in Germany and was greeted by U.S. Ambassador Richard Grennell, who presented him with an American flag. Grennell says Brunson "immediately" lowered his head to kiss the flag.
Brunson’s detainment has been a flashpoint in American-Turkish relations, and his release is a major victory for the Trump administration.
The president issued sanctions against the Turkish government in retaliation for not releasing the pastor and to add economic pressure to the cause.
In his tweet about their White House meeting, Trump specifically thanked his Turkish counterpart, Recep Erdogan, for his assistance in freeing Brunson. The two leaders tangled over Brunson, but Trump said over the summer he would not allow for any concessions in exchange for Brunson’s release.
On Saturday, Trump pushed back on recent reports that the United States and Turkey struck a deal that included the softening of sanctions.
“There was NO DEAL made with Turkey for the release and return of Pastor Andrew Brunson. I don’t make deals for hostages,” Trump said. “There was, however, great appreciation on behalf of the United States, which will lead to good, perhaps great, relations between the United States & Turkey!”
The pastor’s release frees up diplomatic bandwidth to focus on the disappearance of Saudi journalist Jamal Khashoggi at a consulate in Istanbul.
A Turkish court sentenced Brunson, an evangelical Christian pastor, to more than three years in prison on terrorism charges but then set him free.
He has denied the allegations against him.
“I’m proud to report that earlier today we secured the release of Pastor Andrew Brunson from Turkey,” Trump said at a campaign rally in Ohio on Friday. “I think he’s going to be in great shape. And then he’s coming to Washington, D.C., tomorrow and we’ll say hello to him.”
White House Press Secretary Sarah Sanders thanked a bipartisan group of members of Congress who worked on Brunson’s release. The lawmakers include: Senators Lindsey Graham, R-South Carolina; James Lankford, R-Oklahoma; Jeanne Shaheen, D-New Hampshire; and Thom Tillis, R-NC; and Representatives Patrick McHenry, R-NC; Mark Walker, R-NC; and David Price, D-NC.