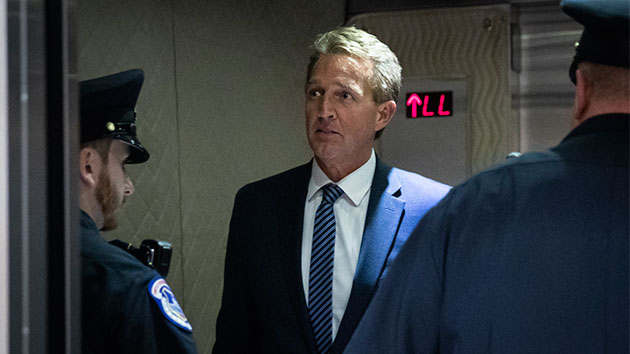 In his home state of Arizona, Republicans that would make up his base of supporters don’t seem very bothered by his role in the week-long delay, but more disappointed with him in general.

Adrenne Kelley, a 37-year-old Republican in Phoenix, said that she’s voted for him in the past and she was “kind of surprised” by his effort to slow the process down, but ultimately thought it was a good move.

“I was very supportive of his decision to halt things,” she said.

The more vocal critics of Flake appear to take issue less with his role in the Kavanaugh confirmation hearings, especially since Flake ultimately voted for Kavanaugh both the Senate Judiciary Committee and in the full senate vote, but more with his breaks from President Donald Trump and what they see as the Republican agenda at large.

That’s the case for Vera Davis, a 68-year-old from Greater Phoenix, who said that her issues with Flake stem from his votes and opposition to Trump before Kavanaugh and she wasn’t particularly fussed by his role in the Kavanaugh confirmation.

“I am angry because he told me at a meeting that he would not become a RINO [Republican In Name Only],” Davis said.

Sherry Fritz, who attended a Republican party event ahead of a door-knocking effort this morning, said that she thinks it’s for the best that Flake isn’t running for re-election.

“How dare any of these Republican leaders in the Senate or in Congress not support the president," she said. "Are you kidding me?”