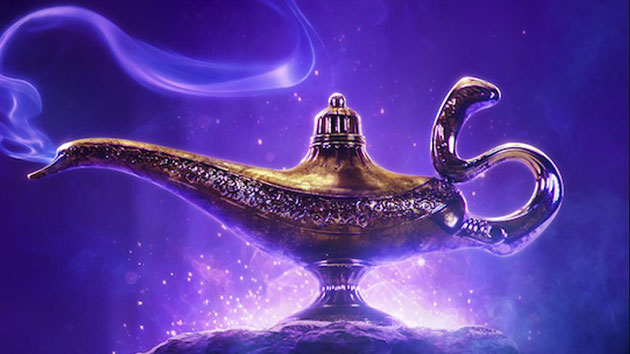 Disney(HOLLYWOOD) — The evening after Will Smith Instagramed a teaser poster for the live-action retelling of Aladdin, Walt Disney Pictures Thursday night released a teaser-trailer for the film.

The sneak peek is little more than that: mostly glimpses of director Guy Ritchie's vision of the fictitious port city of Agrabah as the parrot Iago flies overhead. However, the snippet closes with actor Mena Massoud as the charming scoundrel Aladdin, about the grasp the magic lantern that will free Genie — in this retelling, played by Smith.

We'll have to wait a bit longer to see Smith as the Genie. Aladdin, which also stars Naomi Scott as Jasmine and Marwan Kenzari as Jafar, opens May 24, 2019.

The original, animated Aladdin premiered in 1992 and famously starred the late Robin Williams in a virtuoso vocal performance as the Genie that earned him a Golden Globe. The movie has grossed $504 million worldwide.