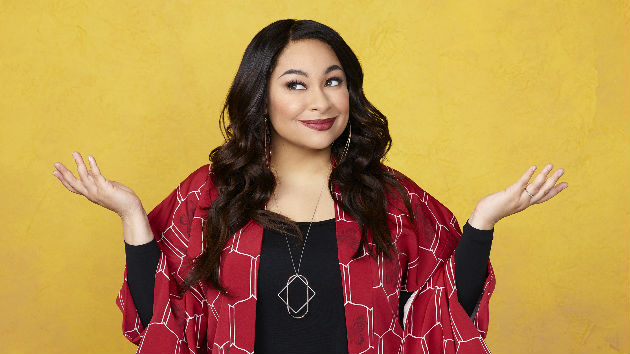 The episode, titled Raven's Home: Remix, will feature eight original songs and dance numbers performed by the show's cast members. The extended episode, which will center on self-empowerment and self-expression, follows Raven's son Booker, who tries out for a high school musical. However, he must compete with his sisters' best friend Tess who also thinks she's perfect for the role.

Raven tells ABC Radio, her series offers important conversations and timely topics like "gender roles" and the importance of self-confidence that the entire family can relate to and enjoy.

"And so with this everyone can sit down: your mom, your grandma, your aunties, your uncles, your brothers, your mothers, your sisters, your best friends, the dog," Raven says. You can sit down and talk about issues that are happening in today's world."

Raven explains that while she's touched on such topics in the past on her previous Disney series That's So Raven, there's more to get into this time around.

"There are more issues to touch on this time, because there's social media and I did not have social media when I was on That's So Raven," she explains.