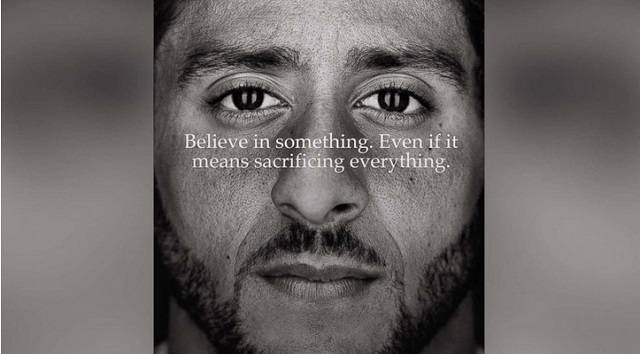 Colin Kaepernick/Twitter(SAN FRANCISCO) — Colin Kaepernick, who helped lead the San Francisco 49ers to a Super Bowl but made even bigger headlines protesting against social injustice, was among those honored on Thursday for their significant contributions to black history and culture.
Kaepernick and comedian Dave Chappelle headlined a list of eight individuals who received the W.E.B. Du Bois Medal at Harvard's Hutchins Center for African & African American Research.
Joining Kaepernick and Chappelle, as reported by ABC Boston station WCVB-TV, were Kenneth Chenault, the chairman of General Catalyst; Shirley Ann Jackson, the president of Rensselaer Polytechnic Institute; Pamela Joyner, the founder of Avid Partners; Florence Ladd, a psychologist and author; Bryan Stevenson, the founder and executive director of the Equal Justice Initiative; and Kehinde Wiley, an artist.
"Love is at the root of our resistance," Kaepernick told students on Thursday. "People live with social injustice every single day, and we expect them to thrive in situations where they're just trying to survive."
Past honorees include Muhammad Ali, Maya Angelou and Sonia Sotomayor.