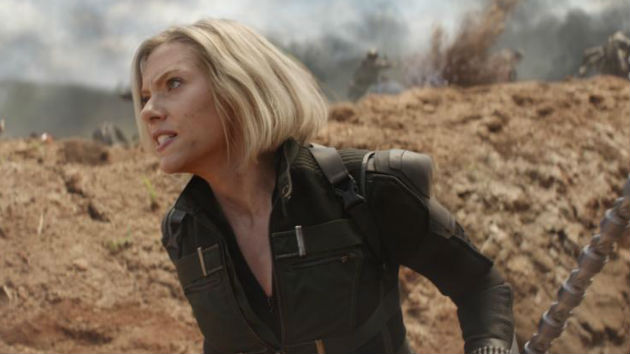 Marvel Studios(LOS ANGELES) — Scarlett Johansson is finally getting a paycheck equal to her male Avengers co-stars, according to The Hollywood Reporter.

The actress, who plays Black Widow in the Marvel franchise, is reportedly earning $15 million for an upcoming standalone film based on her character.

That payday equals what Chris Evans and Chris Hemsworth made for playing Captain America and Thor, respectively, in Avengers: Infinity War. They also earned that same amount for their respective roles in Captain America: Civil War and Thor: Ragnarok, as well as the upcoming fourth Avengers movie.

The Hollywood Reporter says multiple sources confirmed ScarJo’s salary, but a Marvel spokesperson told the publication in a statement: "Marvel Studios disputes the accuracy of these numbers, and as a matter of policy, we never publicly disclose salaries or deal terms."