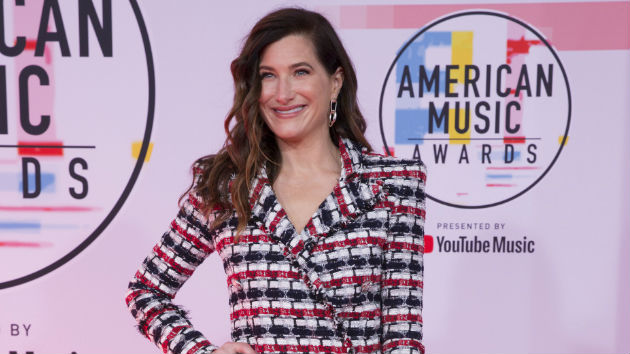 ABC/Image Group LA(NEW YORK) — From movies to TV, from comedies to drama, Kathryn Hahn proves she’s as versatile as they come.

The actress — whom you've seen in projects like Transparent and Bad Moms — currently stars opposite Paul Giamatti in the Netflix film, Private Life, about a couple struggling with fertility issues. She’s also part of the ensemble cast in The Romanoffs, Matthew Weiner’s new Amazon anthology series about the descendants of Russian royalty, which debuts Friday.

While Hahn can’t see much about her character in the series, she does give a tease of what we can expect from her episode, entitled "End of the Line."

“All I can say is that she believes that she's a descendant of the Romanoffs, that she's searching for answers to her lineage, [and] that because it's an anthology series I feel like I did like a short film,” she says.

Hahn adds, “I have no idea how [my story is] connected to any other ones and I'm so excited to see the whole of it. I have no idea. I'm really, really excited.”

In Private Life, Hahn plays Rachel, a writer in her 40s who's desperate to conceive a child. She says the largely unexplored subject matter is what drew her to the film.

“Fertility and infertility has been long just not spoken of out in public,” she says. “It's something that a lot of women and couples are just kind of hiding. And so yeah, I thought it was a subject matter that just hasn't been talked about before and that was interesting to me to discuss.”

Private Life is on Netflix now.

When will life return to normal? Experts consider what summer, fall might look like
Teyonah Parris talks ‘WandaVision’ Easter eggs and why she feels “no pressure at all” in the MCU
“You could save a life” – Dr. Oz urges people to learn CPR after saving a man at airport
Golden Globes 2021: ‘The Life Ahead’ takes home Golden Globe for Best Original Song
Zendaya corrects gendered question about her love life
Shaq names his ideal ‘Big 3,’ talks new ad, NBA predictions