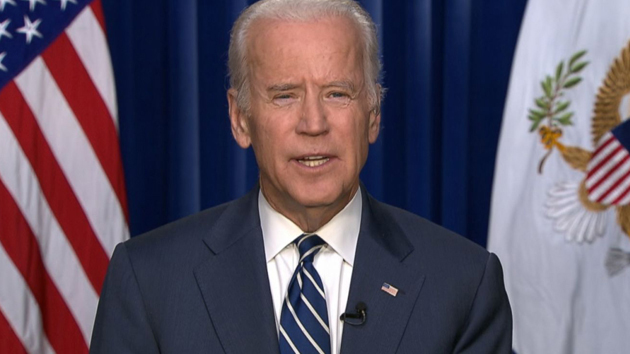 ABCNews.com(LONDON) — During an event in London on Wednesday, former U.S. Vice President Joe Biden dodged questions about his intention to run for president, saying that many Democrats could defeat Trump in 2020 but adding “I’m not one at this point.”
In a wide-ranging speech at Chatham House, an international affairs think tank, Biden discussed America’s reputation abroad, and the upcoming midterm elections in the U.S.
Biden refrained from naming President Trump directly regarding foreign policy but said that he believed America was engaged in a battle for its soul.
“What do we stand for? Who are we? When you guys watch on an American border with Mexico children being ripped from the arms of their mothers, what the hell do you think of us?” Biden said. “What does that do to our ability to lead the world, how we are viewed?”
He also said he expected a Democratic landslide in the upcoming midterm elections.
“I predict to you that Democrats will win 40 seats in the house, and I predict to you there is a better than even chance that we win the Senate,” Biden said.