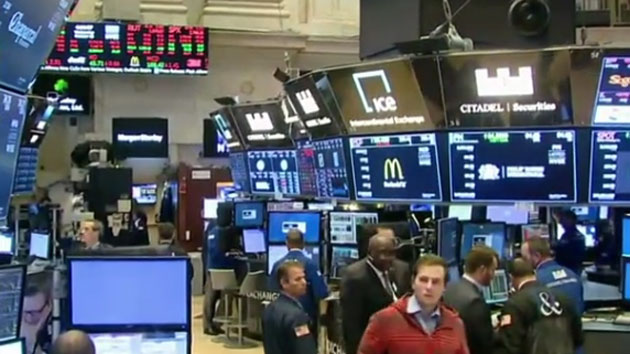 ABC News(NEW YORK) — Stock futures pointed to an early decline on Wall Street Thursday as global indexes tumbled, with popular tech companies getting hit the hardest.
Dow Industrial Average Futures were down by about 300 points, or 1.2 percent, in pre-market trading, implying a sharply lower opening on Thursday after falling more than 3 percent on Wednesday.
S&P 500 futures and the tech-centric NASDAQ 100 were also down by about 1 percent in before-market trading Thursday morning. The CBOE Volatility Index, widely considered a fear gauge for the market, rose to 24.1 points on Thursday morning, a fresh six-month high.
The benchmark Dow index fell 831 points to close at 25,598.74 on Wednesday, wiping out 3.2 percent of its value in the sharpest drop since February. Shares of Facebook, Amazon, Apple and Netflix and Google, the so-called FAANG stocks, were among the hardest hit, shedding billions in market capitalization.
The decline came amid a widespread selloff on Wall Street, which spilled over into global markets overnight as investors reacted to the "sheer magnitude of the move," OANDA analyst Stephen Innes wrote in a note to investors.
"Equity markets were pulverized today as investors remain in full out retreat and even the most pessimistic of equity bears are still in shock by the sheer magnitude of the move," he added. "This meltdown isn't just a mild case of the sniffles suggesting the latest sneeze from the U.S. equity market could morph into a global markets pandemic."
Innes, the Singapore-based head of Head of Trading for Asia Pacific with OANDA, attributed the slide to a combination of factors, including the possibility further interest rate hikes and the battle over tariffs between the U.S. and China.
"President Trump's scathing and ramped-up attack on the Fed has the dollar bulls retreating as even the hint of political interference on monetary policy is unsettling," Innes said.
Asia stock indexes added to the global market's pain on Thursday, with benchmarks in Shanghai, Shenzhen and Tokyo all skidding between 4 and 5 percent.
Japan's benchmark index tumbled about 3.9 percent, while China's key index fell 4.3 percent. Market indexes in Hong Kong, South Korea, Australia and Southeast Asia also moved lower.
Copyright © 2018, ABC Radio. All rights reserved.