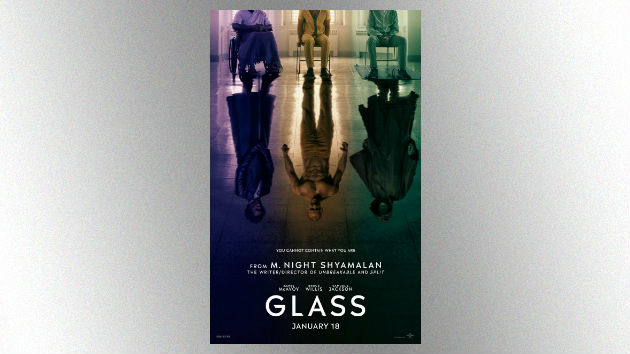 Joining them is James McAvoy's Split character, Kevin Wendell Crumb, aka The Horde — a man with nearly two dozen personalities, one of whom is the super-strong, homicidal Beast.

All three all end up in the care of Sarah Paulson's Dr. Ellie Staple, a psychologist who specializes in treating patients with delusions of being superheroes and villains. At least, she believes they're delusions, until Mr. Glass and The Beast escape her institution, and Dunn has to go after them.

Whereas the first Glass trailer focused on the reveal that Dunn, Glass and The Beast were all locked up together — further confirming the reveal at the end of Split that they're all part of the same Shyamalan cinematic universe — the new trailer shows us a lot more plot footage, including Glass' efforts to free The Beast, and focuses more on the body-slamming action.