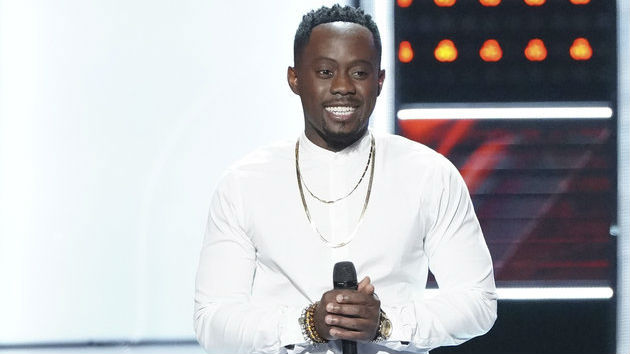 Here are the highlights of Tuesday night's episode:

Caeland Garner is a friend of season 13 finalist Red Marlow, who urged Garner to move to Nashville. Caeland’s cover of the 1970s hit “Dancing in the Moonlight,” by King Harvest, caught the attention of Jennifer and Blake, who turned their chairs. Shelton was “mesmerized” with Garner’s “70s singer/songwriter” sound. Jennifer, clearly the underdog in this battle, argued that it was “About the love of a beautiful instrument” Not surprisingly, Garner picked Blake.

Madison Cain is the daughter of Journey songwriter and keyboard player Jonathan Cain, and caught the music bug when her dad brought her on stage when she was eight-years-old. In spite of Madison's pedigree, her version of Alanis Morissette‘s “You Oughta Know” failed to get any of the coaches to turn their chairs, all of them agreeing that Madison was a little too "perfect," and could’ve delivered the song with more reckless abandon.

Lela, a 15-year-old Colombian-American artist from Miami, Florida was raised on artists like Shakira. Her bi-lingual version of Camila Cabello’s “Havana” impressed Kelly and Jennifer, who both felt pop radio needed more artist that sang in both English and Spanish, and promised to further explore that part of her music. In the end, it was JHud with the most convincing argument and got Lela to join her team.

Abby Cates, 17, currently performs at kiddie parties, where she dresses up as popular fairy tale characters. She discovered music during the long recuperation process she endured following a horse riding accident. She only got one coach to turn around with her rendition of Alesia Cara’s “Scars to Your Beautiful,” but it was the one she wanted — Kelly Clarkson, who loved Abby’s tone and range.

Finally, Nigerian-born singer Funsho is a 28-year-old Los Angeles resident who recently quit his government job to pursue music full-time. His take on Bruno Mars’ “Finesse” drew chair turns from Adam, Jennifer and Kelly. The upper register of Funsho’s voice is what sold Adam on the artist, while Kelly was impressed with his ability to take a well-known song and make it his own, and Jennifer noted that while some artists’ voice “get lost” when they sing up-tempo songs, Funsho was “riding every note.” After the coaches were done making their pitches, it was Adam who got his man.