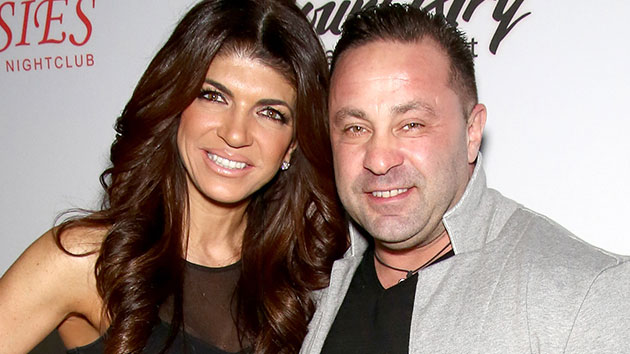 Officials with Immigration and Customs Enforcement confirmed to ABC News that a judge ruled on the deportation in immigration court Wednesday morning. Joe has 30 days to appeal the decision.

Giudice is currently serving a 41-month prison sentence at the Allenwood Federal Correctional Institute in Pennsylvania for mail, wire and bankruptcy fraud and is scheduled to be released next year. His wife, Teresa, served just over 11 months in jail for the same crimes and was released in 2015. The couple have four daughters: 17-year-old Gia, 14-year-old Gabriella, 12-year-old Milania and nine-year-old Audriana.

Back in January, Teresa implied she’d move to Italy to be with her husband should he be deported.

“I mean, Italy’s a beautiful place to live,” Giudice said at the RHONJ reunion on Bravo. “I wouldn’t mind, you know, I’m just saying. Listen, whatever God has planned for me, that’s what’s going to happen. I will embrace it the best I can.”

Privileged or legal mail to state prisons must now have qualified control number
Joe and Anthony Russo on casting Tom Holland in ‘Cherry’, and their new film vs. directing a Marvel movie
Marvel movie baddie Frank Grillo on his work ethic, and his “crazy, real” movie ‘Body Brokers’
Joe Biden could visit Texas as soon as this week, White House press secretary says
Kamala Harris slowly starts to carve out role beyond ‘making sure Joe Biden is a success’
Man back behind bars for carjacking 16-year-old girl just 20 minutes after prison release