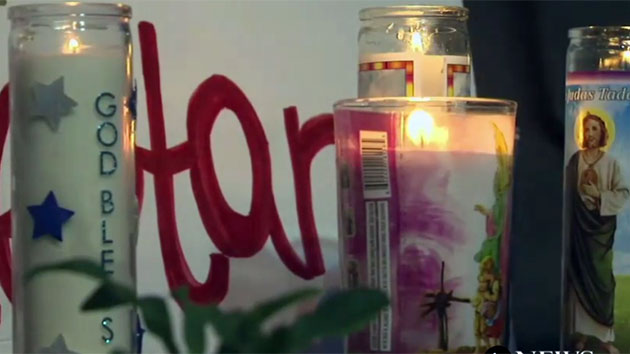 ABC News(CHICAGO) — A 2-year-old boy has been shot dead in Chicago, becoming the youngest gun violence victim in the city this year, police told ABC News.
The toddler and an 18-year-old man were standing on a sidewalk in the Hermosa neighborhood Saturday night when someone fired shots from the end of the street, the Chicago Police Department said.
Two-year-old Julien Gonzalez was shot in the neck, police said. He was hospitalized in critical condition and later pronounced dead.
Julien was at a family party with his parents at the time, according to ABC station WLS in Chicago.
The 18-year-old was shot in the leg and is in stable condition, police said. Authorities have declined to release the older victim's name.
Julien is the 20th child under the age of 11 to be shot in the city this year and the youngest fatality, the Chicago Tribune reported.
No arrests have been made but officers held an outdoor roll call in the neighborhood Monday to get information, police said.
At a vigil held in the little boy's honor on Monday, family friend Ada Batrez told The Chicago Tribune she hopes someone will come forward with information about what happened.
"He was a happy little boy," Batrez told the newspaper. "Just stop the violence. And think about the future of the kids, innocent kids."

#MeToo, Time’s Up and National Women’s Law Center launch campaign for Black survivors of sexual violence
Victoria’s Secret plans to close up to 50 more stores this year
After a dark and deadly year, COVID-19 vaccines bring renewal, hope to hard-hit nursing homes
Michael B. Jordan admits Chadwick Boseman’s death is what “made me cry the most this year”
29-year-old cancer survivor to become youngest American to go to space
Jameela Jamil says she grappled with suicidal thoughts last year