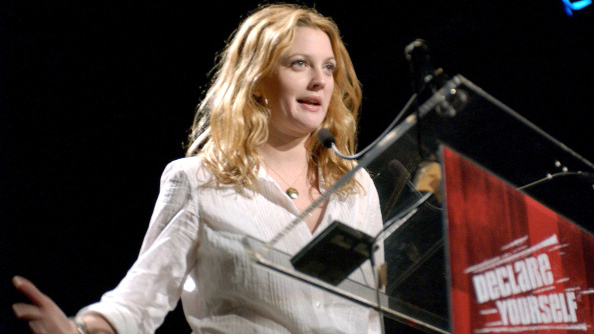 Linda Spillers/WireImage for Bragman Nyman Cafarelli via Getty Images(NEW YORK) — The Egyptian publisher of a now-viral in-flight magazine interview with Drew Barrymore issued a statement on Tuesday insisting the interview was real.
According to the statement, Aida Takla, the writer, is a member of the Hollywood Foreign Press Association (HFPA) and conducted the interview with Barrymore during a meeting between the actress and other HFPA members.
Takla, the statement explains, was a four-time elected president of the HFPA and a voting member of the Golden Globe Awards.
The piece, which focuses on "Barrymore the mother," opens with a one-page introduction that labels the popular actress as being famous for "unstable relationships" and "unsuccessful marriages." The interview was widely assumed by readers to be fake.
"As is generally accepted, the lead is not part of the text of the article. It is a product of the editor’s creativity produced on the condition that it contains no information that is contrary to the truth," argued the statement by Horus magazine and Al-Ahram advertising agency — the state run publication that handles editing and publishing the magazine.
The statement later explained that Barrymore’s representative was unaware that Takla also writes for Horus magazine in addition to the other publications.
A representative for Barrymore did not respond to a request for comment from ABC News.
The HFPA issued a statement this week apologizing for the the interview, according to the New York Post.
"As an organization comprised of journalists, the HFPA expects its members to uphold the highest degree of integrity in their journalistic activities. Based on our preliminary investigation, we understand that parts of the article in question were not written by Dr. Takla-O’Reilly and that other portions of the article may have come from other sources. We regret any distress caused to Ms. Barrymore by this article," the statement added.
The HFPA did not respond to a request for comment from ABC News.

Marvel movie baddie Frank Grillo on his work ethic, and his “crazy, real” movie ‘Body Brokers’
Megxit, stage left: Poll says majority of Brits don’t want to watch Oprah’s interview with Harry and Meghan
Here’s why Drew Barrymore hasn’t gotten plastic surgery
Mandy Moore says she was shut out of an interview because she refused to talk about her abuser
‘Real Housewives’ star Brandi Glanville apologizes after tweeting “You can have my rib cage” to Armie Hammer
‘Bliss’ stars Salma Hayek and Owen Wilson on dressing for the “real” and “ugly” worlds of their new movie