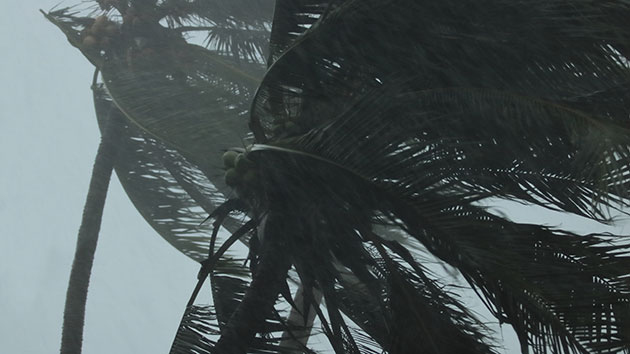 iStock/Thinkstock(ORLANDO, Fla.) — Hurricane Michael is bearing down on the Florida Panhandle and is forecast to be a "monstrous" Category 3 storm when it makes landfall, officials warn.
"This storm can kill you," Florida Gov. Rick. Scott told reporters Tuesday. "You need to evacuate if you're ordered to do so."
Michael, now a Category 2 storm with winds of 100 mph, is expected to become a Category 3 hurricane with 111 mph winds or higher later on Tuesday.
Landfall is forecast for around 1 p.m. Wednesday near Panama City, Florida.

"We are about 12 hours away from starting to feel the impacts," Scott told Good Morning America Tuesday.
Scott called the storm "monstrous," adding, "We haven't seen anything like this in the Panhandle in decades."
The storm surge could reach a deadly 12 feet, Scott warned.
"You cannot hide from storm surge," Scott said at a news conference Tuesday. "Every family must be prepared now. … We can rebuild your house, but we cannot rebuild your life."
Residents should also prepare for major flooding, Scott said, with 4 to 8 inches of rain expected and even 12 inches possible in some areas.
Scott has declared a state of emergency in 35 counties throughout the Sunshine State, while the National Weather Service issued warnings for dozens of cities near the Gulf coast.
"Hurricane Michael is forecast to be the most destructive storm to hit the Florida Panhandle in decades," Scott told reporters Monday. "Remember, this storm could grow stronger and be a Category 3 hitting our state. This storm will be life-threatening and extremely dangerous."
Michael is forecast to stay a tropical storm as it moves through Georgia and into the Carolinas on Thursday.
A hurricane warning is in effect for Tallahassee, Panama City, Apalachicola and Pensacola, Florida.
The Federal Emergency Management Agency (FEMA) has mobilized resources to assist with preparation.
"#HurricaneMichael isn't heading to any one town," NWS tweeted Monday. "There are warnings for more than 300 miles of coastline. It's forecast to be a large and dangerous hurricane at landfall."
While the Florida Panhandle and Big Bend are forecast to see a life-threatening storm surge, parts of southern Georgia and southeast Alabama could see damaging winds as the hurricane moves inland.
The storm is forecast to move further inland later in the week, potentially bringing rain and heavy wind to portions of South Carolina, North Carolina and Virginia.