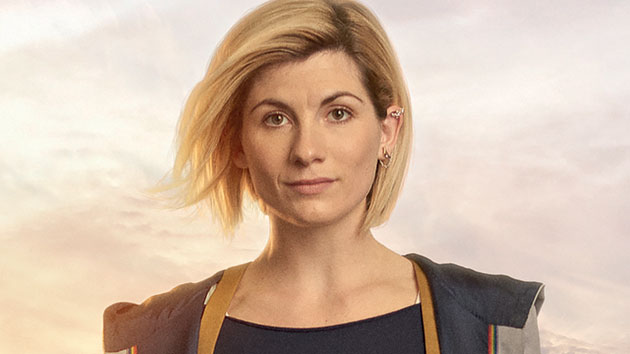 Steve Schofield/BBC Worldwide (NEW YORK) — A new Barbie celebrating actress Jodie Whittaker, the first woman ever to take the title role in the iconic series, Doctor Who, is now for pre-sale on Mattel.com.
Whittaker, 36, was introduced in the sci-fi's season 11 premiere on Sunday — one year after BBC America announced she'd be the 13th actor and the first female to play the role since the series began in 1963.
Also on Sunday, Barbie made the announcement that the Doctor Who Barbie doll would be available for purchase, the same day Whitaker and the show made a splash at New York Comic Con.
"Introducing the all-new #DoctorWho Barbie doll inspired by the iconic series’ Thirteenth Doctor," says the fashion doll's Twitter page. "With her signature suspenders, lace-up boots and sonic screwdriver, this #Barbie doll is ready to time travel into your collection!"
The doll, dressed in a rainbow-striped shirt paired, cropped trousers and a trench coat, is priced at $49.99 for pre-order on Mattel's website. It's available to ship on Nov. 9.