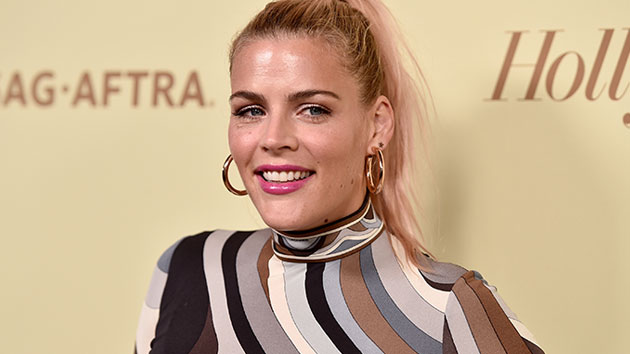 Alberto E. Rodriguez/Getty Images(LOS ANGELES) — Busy Phillips has her new memoir, This Will Only Hurt a Little, out next week and in an excerpt that's making the rounds online, she calls former co-starJames Franco a "bully," adding that he actually put his hands on her during the filming of a scene years back.
Phillips and Franco starred together in Freaks and Geeks and during one take, the script called for the actress to playfully hit Franco in the chest. She says he did not appreciate the contact while the cameras were rolling.
"He grabbed both my arms and screamed in my face, ‘DON’T EVER TOUCH ME AGAIN!’" she writes in her memoir, which was obtained and verified by GMA. "And he threw me to the ground. Flat on my back. Wind knocked out of me.”
She says Franco apologized to her the next day at the behest of the producers and the director.
In an interview with The Hollywood Reporter, Phillips added context to what she wrote in her book. Like many women in Hollywood culture have also said, Phillips says she always felt like she was forced to play the role of pacifist, no matter who was right or wrong.

"At the time, 19, and with my first professional acting job, I was under the impression that this was just the way things were," she told THR. "James and I have talked about it over the years. At one point he apologized to me."
This isn't the first time Phillips has told this story. It's worth noting that in a 2016 Watch What Happens Live interview, she told the same story but said the two are friends now and that's all in the past.
A request for comment from Franco's rep was not immediately returned to ABC News.