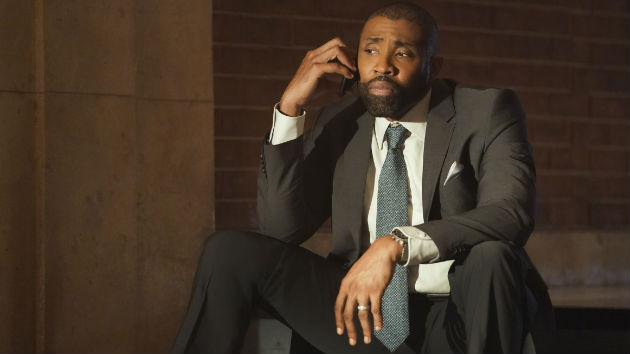 Quantrell D. Colbert/The CW — © 2018 The CW Network, LLC. All rights reserved (NEW YORK) — Ahead of the second season return of CW's Black Lightning, the series' star Cress Williams is sharing his thoughts on the show's strong narrative which often touches on race, politics, and social issues affecting our nation.

Williams tells ABC Radio, it's those conversations that initially drew him to the show as both actor and fan.

He continues, "It was like, let's take the superheroes genre and now elevate it to another level. And so… as a father, as a man, I was so excited. Because it's like, this is the story I want to tell. This is what I would watch whether I was a part of it or not."

Of course, Williams is not the only one who is drawn by the "real" issues presented on the critically acclaimed series. He offers a special thanks to the fans that also feel connected to the show, because of its authentic content.

"That's what's resonated with them," Williams explains. "Because that allows us to keep doing it."

Williams says that the network also believes in keeping the series "a family drama" that's "socially relevant." Knowing the network is supportive of keeping the show a vehicle for important topics, Williams admits he's relieved.

"And so I'm really happy that that happened because that's the story we want to tell," he adds.