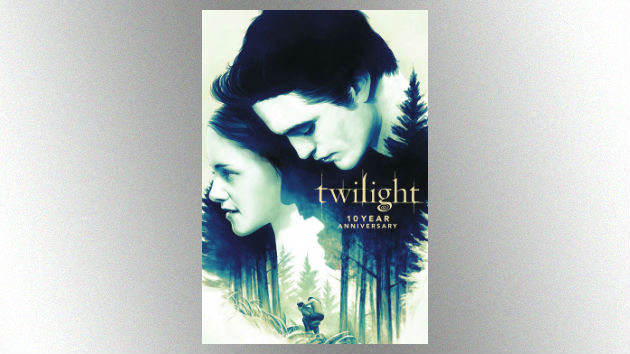 Summit Entertainment/Fathom Events(HOLLYWOOD) — It's hard to believe it's been 10 years since Twilight, the blockbuster vampire romance, first hit theaters. In celebration of the milestone, the original 2008 movie is returning to theaters for a special two-night event.

The screenings, on October 21 and 23, will feature an introduction from director Catherine Hardwicke, as well as an exclusive sneak peek of a brand-new special feature, Twilight Tour…10 Years Later. Fans who attend will also receive a commemorative poster.

Twilight — starring Kristin Stewart as Bella Swan, who meets Robert Pattinson's mysterious Edward Cullen — became one of the highest-grossing female-directed films of all time. The film and its four sequels, collectively known as the Twilight Saga, grossed over $3 billion globally.

The soundtracks to the Twilight saga were also wildly successful. Bruno Mars' "It Will Rain," from the soundtrack of Breaking Dawn — Part 1, was a top 3 hit, while another track from the same soundtrack, Christina Perri's "A Thousand Years," was a top 40 hit and went on to sell seven million copies.

Ticket info and theater locations are available on the Fathom Events website.