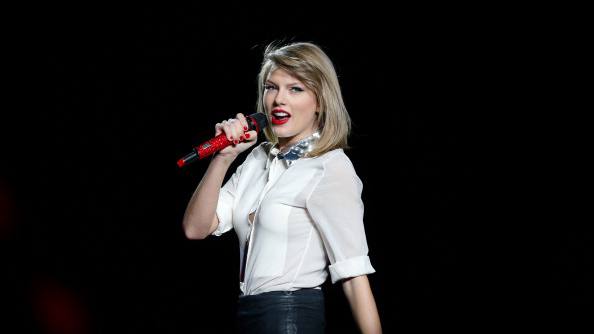 VCG/VCG via Getty Images
Posted on October 8, 2018 by ABC News

VCG/VCG via Getty Images(WASHINGTON) — Back in 2012, businessman and reality star Donald Trump was a huge fan of Taylor Swift, calling her "fantastic" and "terrific."
But now that the 10-time Grammy winner has openly supported Democratic candidates who are running for office in her adopted home state of Tennessee, President Donald Trump's love for her has lessened considerably.
Swift, who has been apolitical throughout her career, recently made headlines for her impassioned endorsement of Phil Bredesen for Senate and Rep. Jim Cooper for the House of Representatives — and for her criticism of Bredesen's Republican opponent, Marsha Blackburn. Swift wrote in an Instagram post that Blackburn's voting record "appalls and terrifies" her, and added that the Republican candidate doesn't represent "MY Tennessee values."
When asked on Monday by a reporter what he thought of the pop superstar "jumping into politics," the president wanted to know the details.
"What did she say?" Trump asked, amid shouts of "Doesn't support Marsha Blackburn!"
"You know, Marsha Blackburn is doing a very good job in Tennessee, she's leading now substantially," Trump said. "She's a tremendous woman. I'm sure Taylor Swift doesn't know anything about her. And let's say that I like Taylor's music about 25 percent less now."