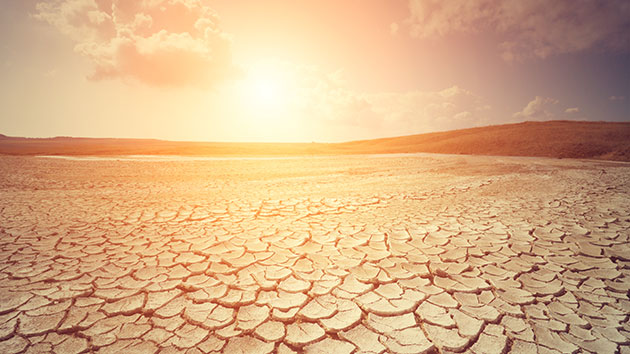 iStock/Thinkstock(NEW YORK) — Scientists with the United Nations issued an alarming report on Monday, warning that global temperatures could reach an irreversible tipping point as soon as 2030.
The U.N.’s Intergovernmental Panel on Climate Change released a landmark report on Monday that laid out the potential effects of rising global temperatures on both the environment and society.
Global temperatures have risen 1 degree Celsius above pre-industrial levels, researchers said, citing human activity and greenhouse gas emissions. And temperatures are expected to rise 1.5 degrees Celsius above pre-industrial levels by 2030 if greenhouse gas emissions continue to rise at their current rates, according to the report.
“Every extra bit of warming matters, especially since warming of 1.5ºC or higher increases the risk associated with long-lasting or irreversible changes, such as the loss of some ecosystems,” the report said. “Limiting global warming to 1.5°C compared with 2°C would reduce challenging impacts on ecosystems, human health and well-being, making it easier to achieve the United Nations sustainable development goals.”
Researchers found that “human caused” C02 emissions need to be cut by nearly half of 2010 levels by the 2030 to starve off the worts effects of climate change. Scientists said “rapid, far-reaching and unprecedented changes in all aspects of society” are required to limit the possibility of irreversible environmental damage.
The report was commissioned by world leaders as a part of the 2015 Paris Agreement, a global pact to battle global warming. It's intended as a guide for policymakers who are aiming to limit temperature rise to the target 1.5 degrees Celsius.
President Donald Trump pulled the United States out of the Paris climate agreement in June 2017.
“The good news is that some of the kinds of actions that would be needed to limit global warming to 1.5ºC are already underway around the world, but they would need to accelerate,” one researcher said. “The next few years are probably the most important in our history.”
Governments are set to meet at the Katowice Climate Change Conference in Poland in December to discuss the report and steps that can be taken to address climate change.