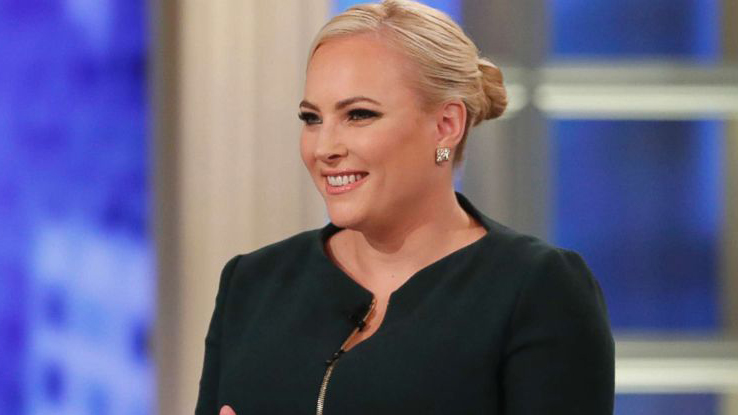 Lou Rocco/ABC(NEW YORK) — Meghan McCain made an emotional return on Monday to the co-host table at "The View" in the wake of her father's death in August.
She thanked each of her colleagues for their support in the wake of his passing, but also praised the outpouring of condolences from the American public.
"I really want to thank all of America for being so kind to my family, from the second that my father passed," she said of his Aug. 25 death.
"There were people in the country — all races, all ages, all creeds — out there with American flags… he would have loved it," she said.
"Everyone came out and celebrated him with love and it made me so inspired that the ideals that my father espoused in his careers are the ideals of America," she said.
Meghan McCain said that her fear that those ideals died with her father was unfounded, saying the widespread outpouring of support in the wake of his death shows that those values "didn't, [they are] alive and well and I need us to remember that."
She went around the table, thanking each co-host for their specific acts of kindness, from prayerful texts and booze-filled nights, and she extended special thanks to some other famous figures, pointing to her faith and her father's close friends.
"God is real I wouldn't be here without my faith," ," McCain said. "I also wouldn't be here without Joe Biden and Joe Lieberman."
She said that former Delaware Senator Joseph Biden and former Connecticut Senator Joseph Lieberman, who were longtime friends of her father, are like "uncles to me" and she said they "carried me throughout the experience."
Both politicians spoke at different memorial services for Sen. John McCain, and Biden has been a guest on "The View" in the past where he detailed how the late senator and Biden's son Beau both had glioblastoma, a form of brain cancer.
"They're the most wonderful men," Meghan McCain said.
She also spoke about the eulogy she gave in honor of her father at the National Cathedral memorial on Sept. 1, saying that it was her father's wish.
"Everything was planned down to the song, every element," she said, noting that her father was the one doing all the planning.
"I was so honored that he picked me" to speak, she said, noting that she was the only woman to eulogize him.
She said that now she thinks that he was pivotal in raising her to be so strong, and that it is helping her now.
"He made me this tough so I would survive this and because maybe he knew that there would be a time when he wouldn't be here," she said.

Trump’s tax returns given to Manhattan prosecutors
Michael B. Jordan admits Chadwick Boseman’s death is what “made me cry the most this year”
One person killed and another seriously injured in Big Run crash Monday
No charges filed against Rochester police officers involved in death of Daniel Prude
Police chief responds to report on Elijah McClain’s death: ‘I’m extremely sorry’
Megxit, stage left: Poll says majority of Brits don’t want to watch Oprah’s interview with Harry and Meghan