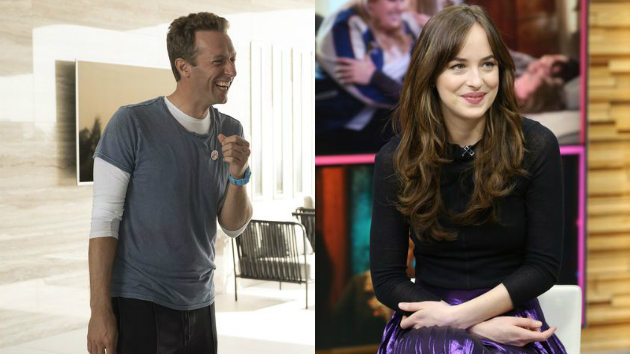 On Monday, TMZ reported that Martin and Johnson were having a baby, and hosted a gender reveal party on Sunday attended by Julia Roberts and Sean Penn, as well as Johnson's parents, Melanie Griffith and Don Johnson. According to the gossip site, the party had blue and pink balloons, and the blue ones were released into the air.

However, Dakota's rep says that "the party was simply a birthday party." "She is not expecting," adds the rep.

Martin and Johnson were first linked in October 2017. The musician was previously married to Gwyneth Paltrow, who got married to TV producer Brad Falchuk just over a week ago.