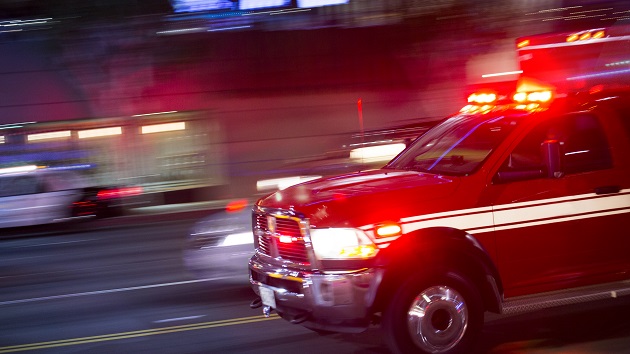 iStock/Thnkstock(ALBANY, N.Y.) — A two-vehicle accident in upstate New York has led to "multiple fatalities," authorities said.
The deadly crash happened Saturday afternoon in Schoharie, which is about 40 miles from Albany, and led to several people killed, according to the New York State Police. The department did not say how many died.
The National Transportation Safety Board is sending a team to investigate. It said a limousine was one of the vehicles involved in the crash.b
"NTSB launching go-team today to limo crash near Albany, NY. More details to come," the agency announced on Twitter Sunday morning.
The crash occurred just before 2 p.m. Saturday at the intersection of State Route 30 and State Route 30A, police said. In addition to police, the town's sheriff's office and fire and EMS teams responded to the accident, state police said.
“What we can tell you at this point is that it is a two-vehicle, multi fatalities as a result of this crash," Captain Richard O’Brien of the New York State Police told ABC station WTEN Saturday. "The investigation is very preliminary. It’s in its infancy stages.”
O'Brien told the station that police are reconstructing the scene to figure out what led to the crash.
"We have several units here investigating the details from the New York State police, including our reconstruction unit. We have used our drone this evening and our facial identification unit as well,” he said Saturday evening.
The accident led to road closures in the area that lasted several hours, police said.
State Police said it would release more information about the fatal accident Sunday afternoon.
Copyright © 2018, ABC Radio. All rights reserved.