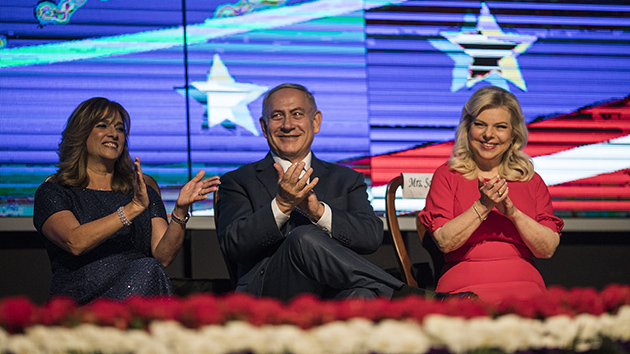 Ilia Yefimovich/Getty Images(JERUSALEM, Israel) — Prime Minister Benjamin Netanyahu's wife Sara's trail for alleged fraug and breach of trust has begun.
Sara Netanyahu appeared before the Jerusalem Magistrates Court on Sunday. She's been charged for allegedly overspending roughly $100,000 on private meals at the prime minister's official residence, even when there was a full-time chef on staff.
Sara Netanyahu has faced allegations of extravagant living and abusive behavior in the past. In 2016, a court ruled she abused an employee and awarded the man $42,000 in damages. Other former employees have accused her of mistreatment.
The Netanyahus have denied the charges of excessive spending and charging the state for her private, expensive tastes.
Copyright © 2018, ABC Radio. All rights reserved.