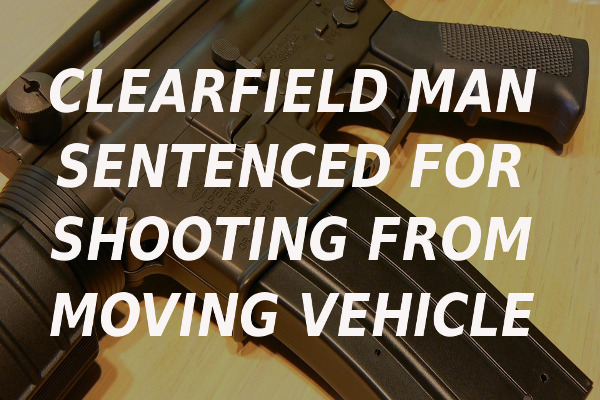 Rockton, PA – A Clearfield man pleaded guilty and was sentenced for shooting an AK-47 out of a truck window while riding along Rockton Mountain Highway, while sharing a video of the crime on social media.

Police caught 25-year-old Cody Graham after he had posted a video of himself on Snapchat in May. He was sentenced to two years of probation, fined $345, and is now prohibited from using or possessing firearms.

The video showed him firing an AK-47 through the open window of a moving vehicle he was in. He fired multiple rounds into the woods and at street signs. At one point in the video, Graham even claimed he saw a cop car and jokes that he didn’t think police would be happy.

The judge said he couldn’t believe people do things like this, let alone post evidence of it on social media. Graham said he had been drinking and he knew it was a stupid decision.