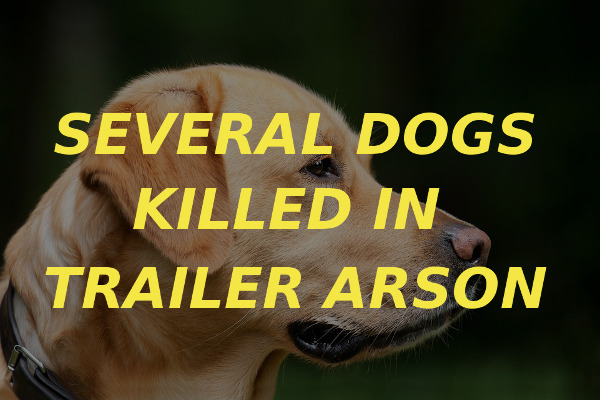 Marienville, PA – A Marienville woman is on the run after she allegedly set fire to a trailer, killing several dogs that were trapped inside.

Police started investigating 40-year-old Lori Ann Earnheardt because they knew her story about a fire that happened at her home on July 25 didn’t add up.

Earnheardt said the trailer she had been renting in Marienville, Forest County, caught fire after she went to bed after cooking some eggs on a hotplate.

However, investigators say that it seems the hotplate was set upside down intentionally and petroleum accelerant was used to spread the fire. Most of Earnheardt’s personal belongings had also been removed from the trailer before the fire, and she was supposed to be evicted that day.

Eight dogs in total were found dead inside of the home, but Earnheardt says one had been attacked by the other dogs a few days earlier and had actually died before the fire. One of the other dogs appeared to have trauma to the head.

In addition to the death of the dogs, the fire caused $18,000 worth of damage. Earnheardt is facing multiple felony charges of arson, reckless burning or exploding, criminal mischief, and aggravated cruelty to animals causing their deaths.

As of now, Earnheardt has not been found or taken into custody. A warrant is out for her arrest.